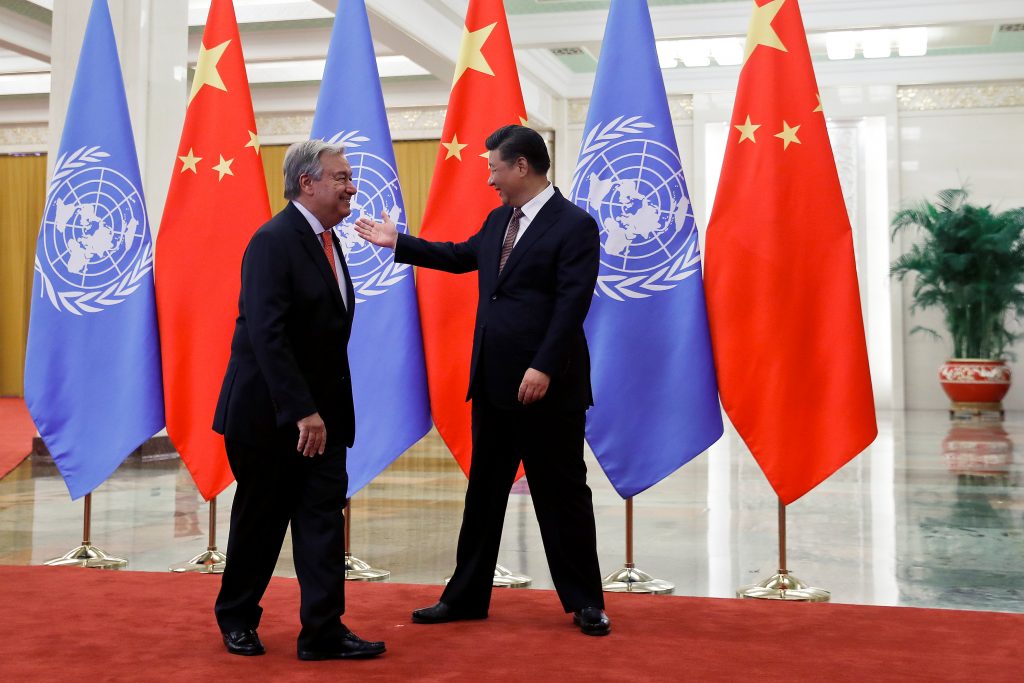 China is still determined to reform and wants to work with all parties to build an open world economy, Chinese President Xi Jinping said on Sunday, reiterating Beijing’s message amid a bitter trade war with Washington.

The two countries have been rolling out a series of tariffs on each other’s exports as President Donald Trump’s administration seeks to tackle a range of issues from the large trade imbalance with China to forced technology transfers.

China has criticized the United States for resorting to protectionist and unilateral measures and says it will keep opening up its economy, providing a fair and transparent environment for foreign businesses.

Meeting U.N. Secretary-General António Guterres in Beijing ahead of a major China-Africa summit, Xi made no direct mention of the trade tensions with the United States, referring instead to “unilateralism and protectionism rearing its head.”

“We are willing to use practical actions to drive all parties to jointly adhere to trade liberalization and facilitation and build an open world economy,” Xi added.

The ministry’s statement did not elaborate.

U.S. and Chinese officials ended two days of talks last month without a major breakthrough as their trade war escalated with the activation of a further round of tariffs on $16 billion worth of each other’s goods.

The two countries have now targeted $50 billion of each other’s goods and threatened duties on most of the rest of their bilateral trade, raising concerns that the conflict could dent global economic growth.

Trump administration officials have been divided over how hard to press Beijing, but the White House appears to believe it is winning the trade war as China’s economy slows and its stock markets falter.

Economists estimate that every $100 billion of imports hit by tariffs would reduce global trade by around 0.5 percent.