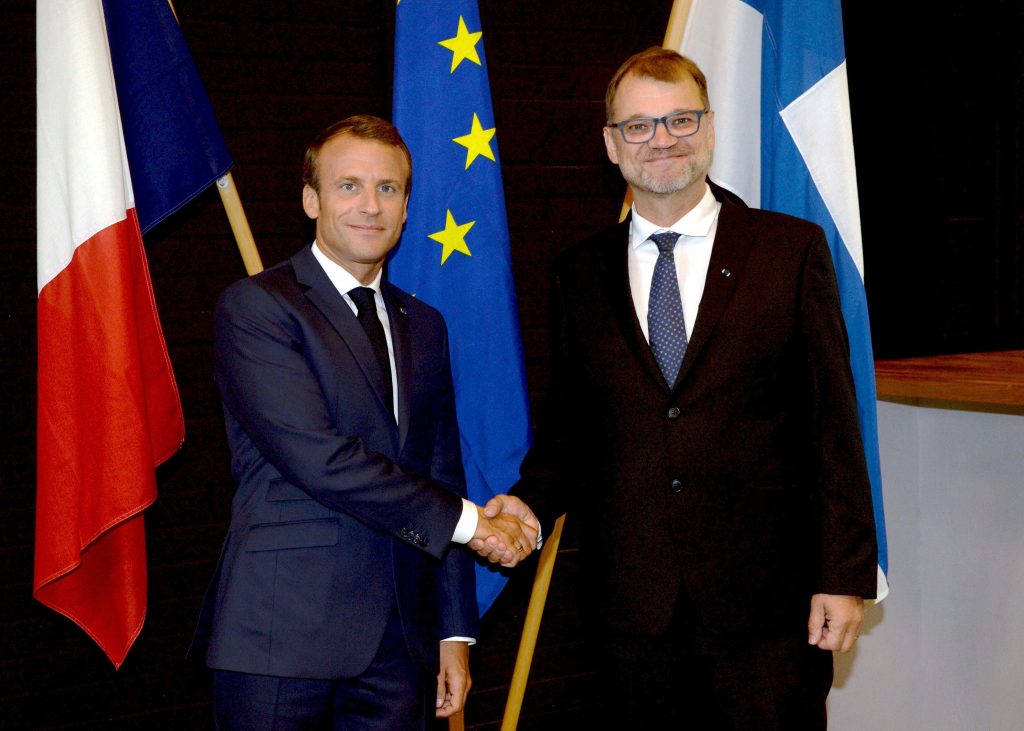 French President Emmanuel Macron said Thursday “we must rethink the European security architecture,” as he pushed for a continent-wide effort to create “a strategic partnership, including in terms of defense, with our closest neighbors.”

Macron wants Europe to take responsibility for its own defense, so that it doesn’t have to rely so much on the United States for its own security.

Speaking during an official visit to Finland, Macron said that “our interest with Turkey as well as with Russia is to have a strategic partnership which enables to stabilize the relationship with the European Union in the long term.”

Macron added that “we must bring up to date our relationship with Russia further to the end of the Cold War,” saying that old habits have led “to mistakes or misunderstanding in the last two decades.”

That was something he discussed in St. Petersburg with Russian President Vladimir Putin in May, he said.

Once Europe has its strategy and defense autonomy, “we must rethink the terms of the European security architecture” with Russia, “which is in our interest to maintain stability in the entire region,” he told a news conference.

Macron, who said “NATO remains an important alliance,” added that he believes that “our role is also to make Europe a kind of model, guiding beacon of what the challenges of globalization are.”

He and Finnish Prime Minister Juha Sipila later said in a joint statement that “the European Intervention Initiative” was “to strengthen Europeans’ ability to respond together to crises affecting their security in addition to existing frameworks, including EU or NATO operations.”

Macron met in Helsinki with Finnish counterpart Sauli Niinisto and Prime Minister Juha Sipila during the second leg of a Nordic tour that also took him to Copenhagen, Denmark.

While Finland expressed interest in joining Macron’s plan for tighter European defense cooperation, Denmark is limited by its defense opt-out clause in its EU ties, which keeps its out of military matters.