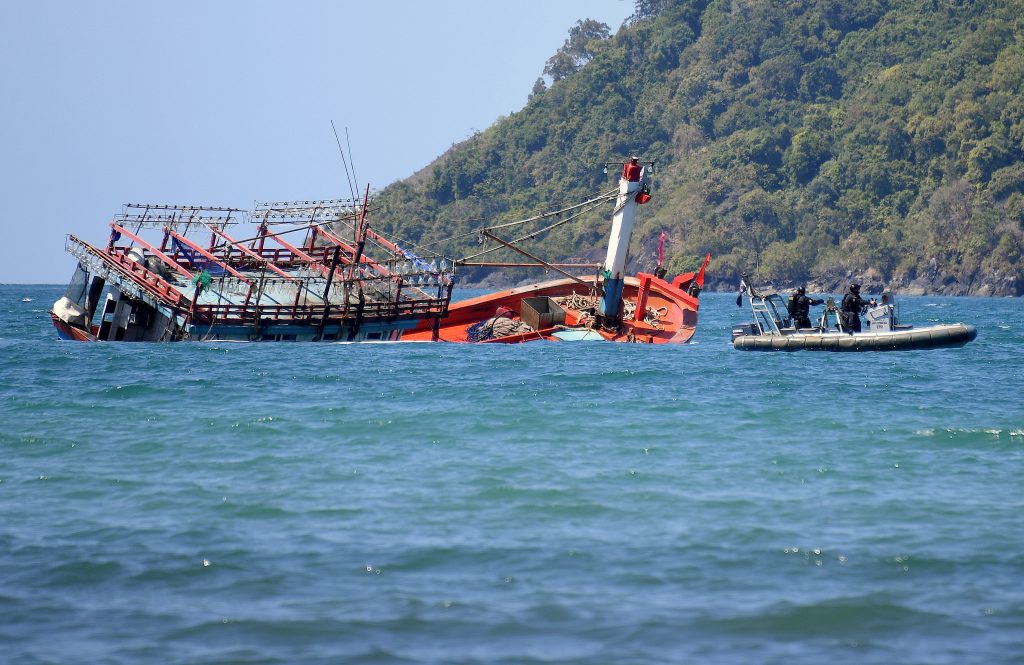 The first asylum-seekers boat has reached Australia in more than four years, a government minister said Monday, as new concerns were raised about the psychological state of children who arrived earlier and were banished by the government.

Australia has virtually stopped such boat arrivals by using the navy to turn them back and sending asylum seekers who arrive by ship to immigration camps on the poor Pacific island nations of Papua New Guinea and Nauru.

But a group of people recently arrived in northeast Australia on a fishing boat from Vietnam, Home Affairs Minister Peter Dutton said.

“We will work with the agencies to make sure we can repatriate these people back to their country of origin, once we understand the facts of the matter,” Dutton told reporters.

Vietnamese asylum seekers have been accepted by Australia as legitimate refugees in the past. But Vietnamese have also been intercepted at sea by Australian authorities, had their refugee claims rejected at sea and been sent back to their homeland.

Dutton blamed a failure of surveillance for the boat reaching Cape Kimberley in the World Heritage-listed Daintree Rainforest north of Cairns in Queensland state.

Queensland Police Minister Mark Ryan said 15 asylum seekers had been detained and authorities were searching for others from the Vietnamese boat, which was reported on Sunday.

A previous government announced on July 19, 2013, that any asylum seeker who arrived by boat would not be allowed to settle in Australia. Single men were sent to Papua New Guinea and others were sent to Nauru. The boats, mostly from Indonesian ports, were at the time arriving at a rate of more than one a day carrying asylum seekers from the Middle East, Africa and Asia.

The United States has agreed to accept up to 1,250 of the refugees.

Asylum seeker children on Nauru are now deliberately harming themselves and researching ways to die, Australian Broadcasting Corp. reported on Monday. Leaked documents compiled by immigration department workers and obtained by the ABC reveal a spate of self-harm incidents on the island.

Former child psychologist Vernon Reynolds, who was employed on the island by the Australian government’s health-care contractor from August 2016 to April 2018 said she was concerned that some refugee children would die.

“I’m reasonably surprised that no one has,” she told the ABC.

The last asylum seekers to reach Australia by boat were 157 Sri Lankans. They were aboard an Indian-flagged ship from the southeast port of Pondicherry when they were intercepted by an Australian customs vessel in late June 2014 and were brought to Australia.