Israel President Trump: Palestinians’ Turn to ‘Get Something Good’
Israel 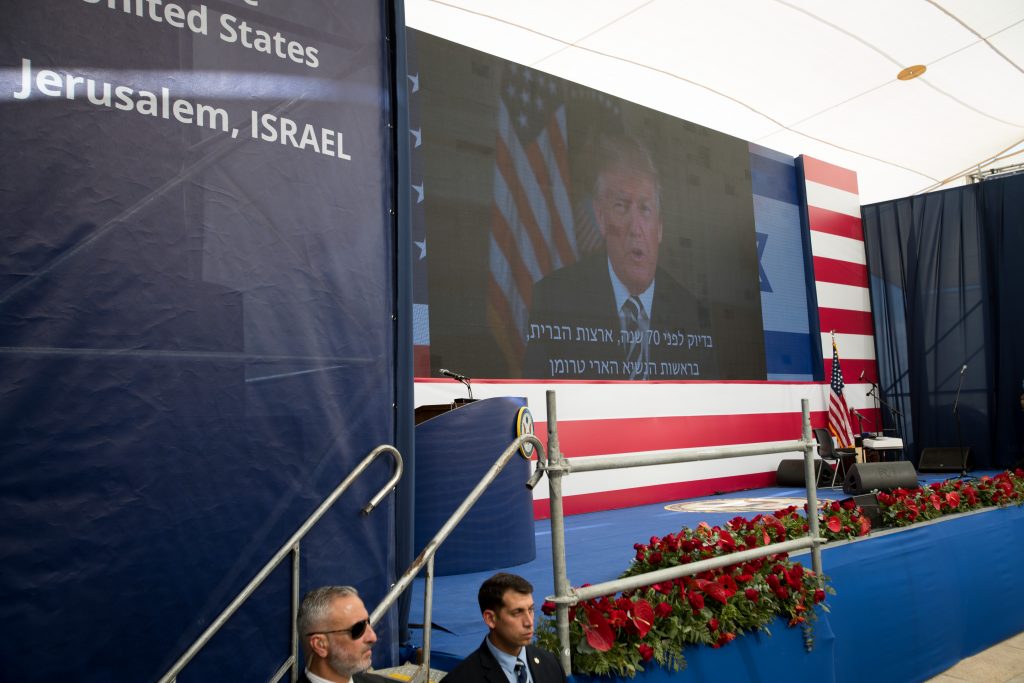 Israel got its “big prize” when the United States moved its embassy to Yerushalayim earlier this year, and now it’s the turn of the Palestinians “to get something very good” from the U.S., President Donald Trump said at a rally in West Virginia on Tuesday night. Trump did not specify what he meant, but presumably it will be presented both to Israel and the Palestinian Authority in the coming weeks, as the U.S. introduces the “deal of the century” that American envoys Jared Kushner and Jason Greenblatt have been working on in recent weeks.

While the embassy move was a clear pro-Israel action, it was also a move that would advance negotiations, Trump said in his speech. “And if there’s ever going to be peace — remember I said it — with the Palestinians it was a good thing to have done because we took it off the table because every time there were peace talks, they never got past Jerusalem becoming their capital, so I said let’s take it off the table,” Trump said. With that issue out of the way, the negotiations can progress, and the Palestinians, “they’ll get something very good because it’s their turn next. Let’s see what happens.”

Arab media reported Tuesday that the Trump administration will present the plan during the U.N General Assembly session in September. The report in the Al-Quds newspaper quoted administration sources as saying that the deal will present security solutions for Israel, along with ideas for resolving the core issues, and ensuring the stability of Gaza. The sources said that Trump will dedicate at least part of his speech at the U.N. to the peace plan, although it wasn’t clear how many details would be revealed at that time.

The Palestinians have declared that no talks will take place as long as the American Embassy remains in Jerusalem. In a speech last week, PA chief Mahmoud Abbas reiterated that the PA would not accept U.S. assistance on negotiations in any way, until the American Embassy was moved out of Jerusalem. Kushner has said in the past that if Abbas refuses to cooperate, the U.S. would reveal the plan and push it forward without his cooperation. Speaking in June, Kushner said that “if President Abbas is willing to come back to the table, we are ready to engage; if he is not, we will likely air the plan publicly. However, I do question how much President Abbas has the ability to, or is willing to, lean into finishing a deal. He has his talking points which have not changed in the last 25 years.”