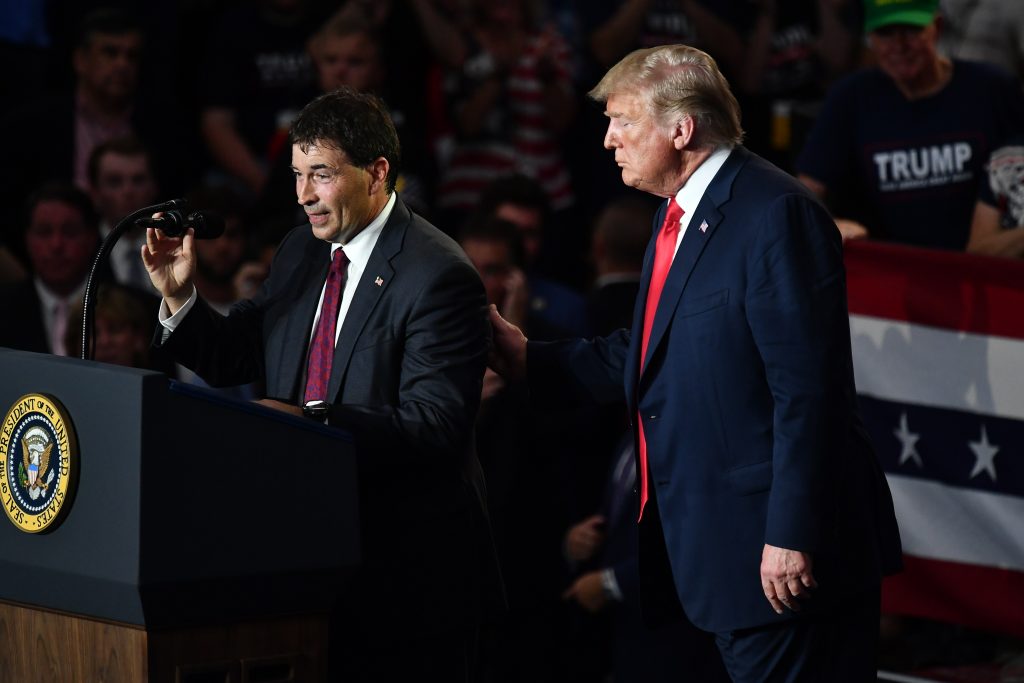 White House aides have prepared an aggressive potential travel schedule for President Donald Trump that could see him hit the road for nearly one out of every two days between now and the midterm elections.

“We identified and held at least 40 days of travel from August 1 to Election Day,” said a person familiar with the president’s plans in a briefing Tuesday for reporters. “We expect him to be the most aggressive campaigner in recent presidential history.”

Final decisions about the frequency of President Trump’s travel will not be made until later in the year. “All of this is always subject to change,” said another person familiar with the plans.

White House aides are hopeful that Trump will campaign more days than Barack Obama did in the 2010 campaign, when he traveled 36 days in the final months of the campaign, according to an internal count by the administration.

The aides say they intend to use Trump’s rallies for House, Senate and gubernatorial candidates to turn out infrequent and independent voters. Internal surveys of Trump’s recent rally crowds found that as many as 1 in 3 of those in attendance aren’t Republican, and about 1 in 4 vote only in presidential years, according to one of the people familiar with the president’s thinking, who declined to speak on the record.

A majority of Americans disapprove of President Trump’s job performance, according to the latest RealClearPolitics average of polls, compared with 43 percent who say they approve. Those results have held steady through much of the summer, marking an improvement from approval ratings in the high 30s during the fall and winter of 2017.

Traditionally the president’s party loses seats in his first midterm election, and special elections since 2017 have pointed to a consistent pattern of Democratic gains, as many voters – particularly suburban women – have reacted to the Trump presidency by increasing their political involvement.

This year Democrats need a net gain of 23 seats in the House and two seats in the Senate to gain control of those chambers. Democrats are aggressively contesting more than 60 House seats, of which the Cook Political Report has rated 10 as likely pickups with 77 days of campaigning to go.

Many of the House seats fall in the suburbs of Democratic-leaning cities where Trump lost to Hillary Clinton in the 2016 election. Those candidates have attempted to distance themselves from Trump, making presidential visits less likely.

The Senate map is harder for Democrats, making it easier for the president to have an impact, as the party must defend incumbents in 10 states where Trump won a majority of the vote in the 2016 elections. Democrats also hope they can pick up at least three Republican seats in Nevada, Arizona and Tennessee.

President Trump is scheduled to stump Tuesday night in Charleston, West Virginia, where Republicans are hoping to topple Sen. Joe Manchin, D, this fall. He will travel Friday for fundraisers and a state party dinner in Columbus, Ohio, a state where Republicans hope to defeat Sen. Sherrod Brown, D.

A person familiar with the president’s plans said that Trump events in the coming weeks were planned in North Dakota, South Dakota, Missouri, Montana, Kentucky and Tennessee.