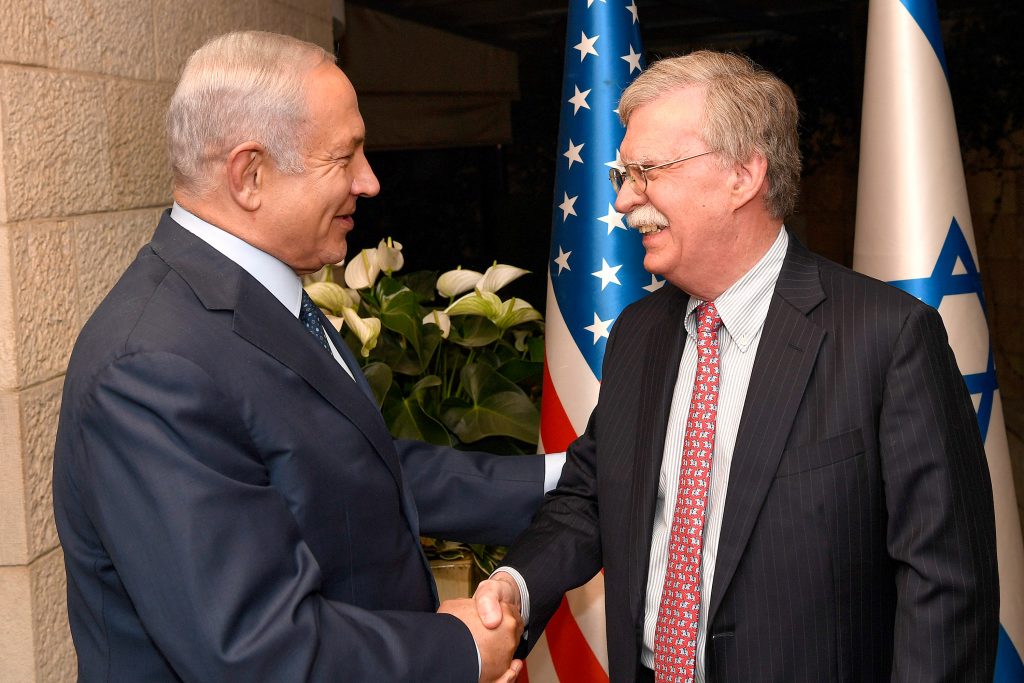 Prime Minister Binyamin Netanyahu’s office issued a statement Sunday saying the premier looked forward to discussing ways to roll back what he described as “Iran’s aggression in the region.”

Bolton was quoted by Israeli media as having told Netanyahu that Iran’s ballistic-missile and nuclear-weapons programs were “right at the top of the list” of issues to discuss.

Bolton has been a strident critic of the nuclear deal signed between world powers and Iran, which the United States backed out of earlier this year. He has pushed for greater pressure on Tehran to ensure that it halts support for terrorism and its development of ballistic missiles and a nuclear-weapons program.