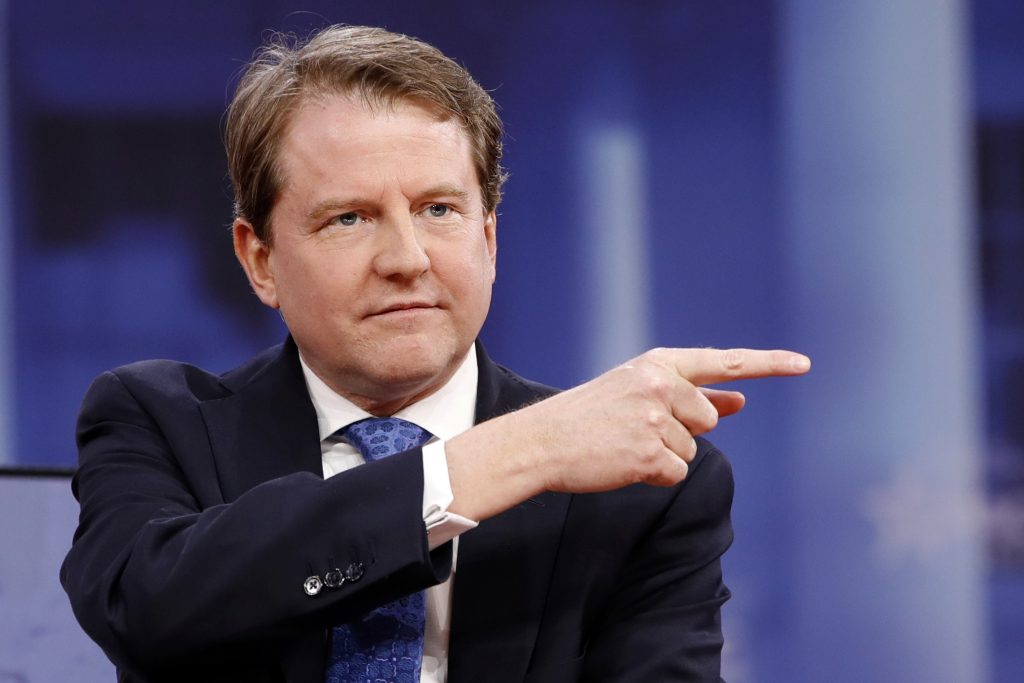 The White House’s top lawyer has cooperated extensively with the special counsel investigating Russian interference in the 2016 presidential election, sharing detailed accounts about the episodes at the heart of the inquiry into whether President Donald Trump obstructed justice, the New York Times reported on Saturday.

Citing a dozen current and former White House officials and others briefed on the matter, the newspaper said White House Counsel Donald McGahn had shared information, some of which the investigators would not have known about.

McGahn voluntarily cooperated with Mueller’s team as a regular witness, a person familiar with the matter told Reuters, as the White House asked many staffers to do. He was not subpoenaed nor did he speak to them under any kind of proffer or cooperation agreement.

The person also said he did not believe McGahn provided Mueller with incriminating information about Trump. McGahn provided the facts but nothing he saw or heard amounts to obstruction of justice by Trump, the person told Reuters.

According to the New York Times, in at least three voluntary interviews with investigators that totaled 30 hours over the past nine months, McGahn described Trump’s furor toward the Russia investigation and the ways in which the president urged McGahn to respond to it.

The newspaper reported McGahn’s motivation to speak with the special counsel as an unusual move that was in response to a decision by Trump’s first team of lawyers to cooperate fully. But it said another motivation was McGahn’s fear he could be placed in legal jeopardy because of decisions made in the White House that could be construed as obstruction of justice.

McGahn, the newspaper said, shared information on Trump’s comments and actions during the firing of the FBI director, James Comey, and the president’s obsession with putting a loyalist in charge of the inquiry, including his repeated urging of Attorney General Jeff Sessions to claim oversight of it.

The newspaper said McGahn was also centrally involved in Trump’s attempts to fire the special counsel, Robert Mueller, which investigators might not have discovered without him.

McGahn cautioned to investigators he never saw Trump go beyond his legal authorities.

A source close to the president told Reuters on Saturday the extent of McGahn’s cooperation was “a tactical or strategic mistake” instigated by Trump’s first legal team and it should not have been allowed to happen because McGahn should have been covered by executive privilege. The person also said Trump is not worried because he does not feel he did anything wrong.

One lawyer familiar with the matter said McGahn could have been subpoenaed to testify to the grand jury if he did not cooperate with Mueller voluntarily and might have lost legal battles if he tried to invoke executive privilege.

William Burck, McGahn’s personal lawyer, did not immediately respond to a request for comment.

“Lot to cover,” Dowd said in text message. “Did a great job. McGahn was a strong witness for the President according to Burck and debriefs of DM (Donald McGahn). Not aware of any of the alleged apprehensions manufactured by the NYT.”

Dowd said a decision was made by the president’s legal team for McGahn to cooperate with the investigation.

Rudy Giuliani, who joined the president’s outside legal team after Dowd resigned, told Reuters on Saturday that Trump’s lawyers had been in contact with McGahn’s counsel after he was interviewed and possessed “emails that say he provided nothing that was damaging or incriminating to the president.”

Giuliani said McGahn’s cooperation with Mueller was part of a legal strategy. As an officer of the court, he added, McGahn would have had to resign if he thought the president did anything illegal.

Giuliani said he did not believe McGahn was cooperating against the president, noting Trump’s lawyers and McGahn’s have a joint defense agreement that would have otherwise ended.

Former White House lawyer Ty Cobb, who resigned in May after joining the administration last summer to assist the president with the Russia probe, did not immediately respond to a request for comment.

Peter Carr, a spokesman for Mueller, declined to comment.

Trump has repeatedly denounced the investigation into whether his campaign colluded with Moscow as a “witch hunt.”

“The president and Don have a great relationship,” the White House press secretary, Sarah Sanders, said in a statement. “He appreciates all the hard work he’s done, particularly his help and expertise with the judges, and the Supreme Court” nominees. Others in the White House have described the relationship as strained.