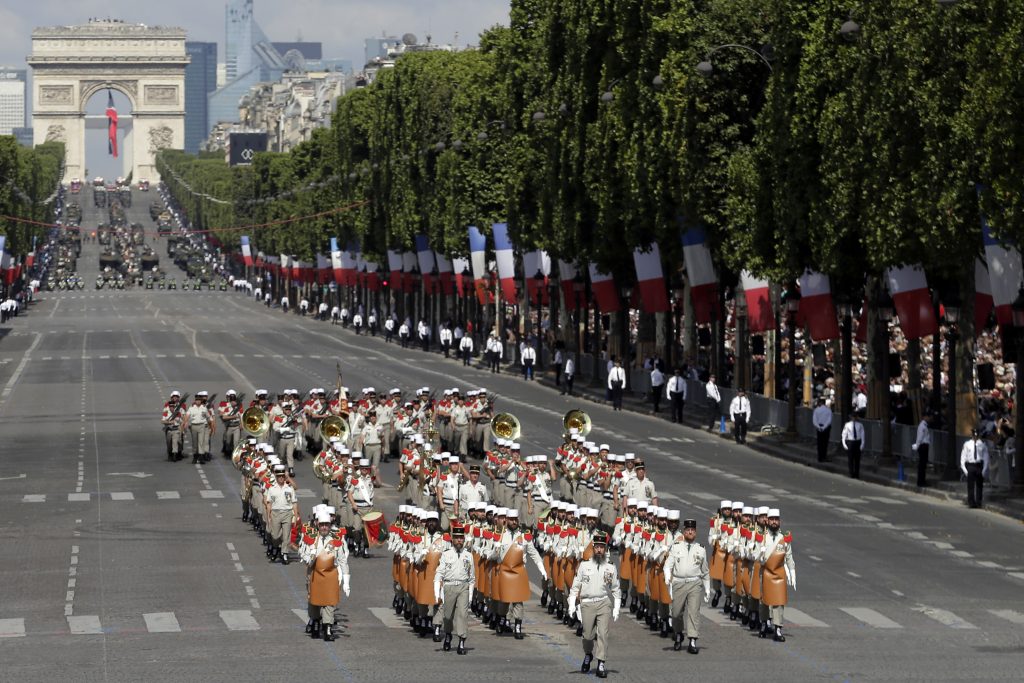 According to the officials, roughly $50 million would cover Pentagon costs for aircraft, equipment, personnel and other support for the November parade in Washington. The remainder would be borne by other agencies and largely involve security costs. The officials spoke on condition of anonymity to discuss early planning estimates that have not yet been finalized or released publicly.

Officials said the plans have not yet been approved by Defense Secretary Jim Mattis.

The parade’s cost has become a politically charged issue, particularly after the Pentagon canceled a major military exercise planned for August with South Korea, in the wake of the president’s summit with North Korean leader Kim Jong Un. Trump said the drills were provocative and that dumping them would save the U.S. “a tremendous amount of money.” The Pentagon later said the Korea drills would have cost $14 million.

Lt. Col. Jamie Davis, a Pentagon spokesman, would only say Thursday that Defense Department planning for the parade “continues and final details are still being developed. Any cost estimates are pre-decisional. We will announce more information when it is available.”

While details are still being worked out, the parade is expected to include troops from all five armed services — the Army, Navy, Air Force, Marine Corps and Coast Guard — as well as units in period uniforms representing earlier times in the nation’s history. It also is expected to involve a number of military aircraft flyovers.

A Pentagon planning memo released in March said the parade would feature a “heavy air component,” likely including older, vintage aircraft. It also said there would be “wheeled vehicles only, no tanks — consideration must be given to minimize damage to local infrastructure.” Big, heavy tanks could tear up streets in the District of Columbia.

The memo from Mattis’ office provided initial planning guidance to the chairman of the Joint Chiefs of Staff. His staff is planning the parade along a route from the White House to the Capitol, and would integrate it with the city’s annual veterans’ parade. U.S. Northern Command, which oversees U.S. troops in North America, is responsible for the actual execution of the parade.

Earlier this year, the White House budget director told Congress that the cost to taxpayers could be between $10 million and $30 million. Those estimates were likely based on the cost of previous military parades, such as the one in the nation’s capital in 1991 celebrating the end of the first Gulf War, and factored in some additional increase for inflation.

Trump decided he wanted a military parade in Washington after he attended France’s Bastille Day celebration in the center of Paris last year. As the invited guest of French President Emmanuel Macron, Trump watched enthusiastically from a reviewing stand as the French military showcased its tanks and fighter jets, including many U.S.-made planes, along the famed Champs-Elysees.

Several months later Trump praised the French parade, saying, “We’re going to have to try and top it.”