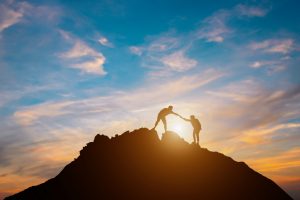 With only a few days to go before a family simchah, and numerous important purchases to make, a Boro Park resident withdrew what for her was a sizable sum of her hard-earned money from the bank last week. Unaccustomed to having so much money on her, she carefully secured her pocketbook, and began a shopping expedition. Trying her hardest to be frugal, she made some relatively small purchases first.

She was visiting the fourth store when she realized that, while she was clutching several bags, her pocketbook wasn’t among them. Trying to keep her anxiety in check, she rushed back from store to store, even checking with the car service she used, but to no avail. Her pocketbook, containing the much-needed cash, her credit cards, her ID, and even her cell phone, was nowhere to be found. Much to her distress, it soon became increasingly clear that she most probably had dropped it on the street. She tried to retrace her steps — but there was no sign of the missing pocketbook.

In the meantime, her daughter kept trying to call the cellphone, desperately hoping that if someone found it they would answer it. Eventually a woman with a heavy Polish accent picked up.

Three-quarters of an hour later, the woman was reached again.

“I have purse,” she said in broken English, and gave her address, which was deep in Brownsville.

Fearful of traveling into the area alone, and worried about a potential trap, the woman who had lost the bag took her grown son with her on the trip. Murmuring Tehillim and davening to Hashem, the family arrived at the given address.

The Polish woman was waiting for them, and handed over the pocketbook.

“I didn’t take anything,” she told them.

It took only a few seconds to verify that this was indeed the case. Everything was intact.

The grateful owner expressed her deep gratitude, and gave her a gift to show her appreciation.

The Polish woman then explained what had motivated her to act in such a manner.

“I work for Jewish lady in Boro Park. Mrs. Loeffler from the furniture store. She is good to me,” she said.

Much has been written about the numerous weighty challenges our community faces, and various areas which need fixing. Indeed, there is much that can and should be done on many fronts. But at the same time, it is imperative that we do not lose sight of what our community is really all about. This anecdote — told to Hamodia by the protagonist, who requested that it be published, illustrates the essence of our community. It likely never dawned on the employer of this cleaning woman that through her interactions she would bring about such a turn of events. Yet the far-reaching impacts of her conduct are a true lesson in creating a kiddush Hashem.

In the past week, many bachurim and yungeleit made their way to learn in yeshivos in Eretz Yisrael. Among them are those who, after discovering that their assigned seats were next to a woman, quietly and respectfully made arrangements to switch seats with other passengers. They willingly traded their preferred aisle or window position for a middle seat, and profusely thanked the passenger who agreed to make the switch.

As the summer season begins to wind to a close, camps have taken the opportunity to take their campers on lengthy “major trips.” One non-Jewish bus driver spoke for many others as she marveled over the conduct of the girls, both in regard to the way she was being treated as well as the respect they showed the staff.

On a daily basis, unsung heroes throughout our community create a kiddush Hashem, over how we are viewed by the outside world, and, equally importantly, how we are viewed by our fellow Jews. Most of the time their actions don’t make it into the headlines, and are not even a subject of discussion — but they ought to be.

Each time we focus on all that is right, every time we highlight and underscore the exemplary acts of mentchlichkeit, of kindness, of sensitivity to others, of going far beyond the call of duty, others are inspired to emulate these individuals and join in lighting up the world with such actions.