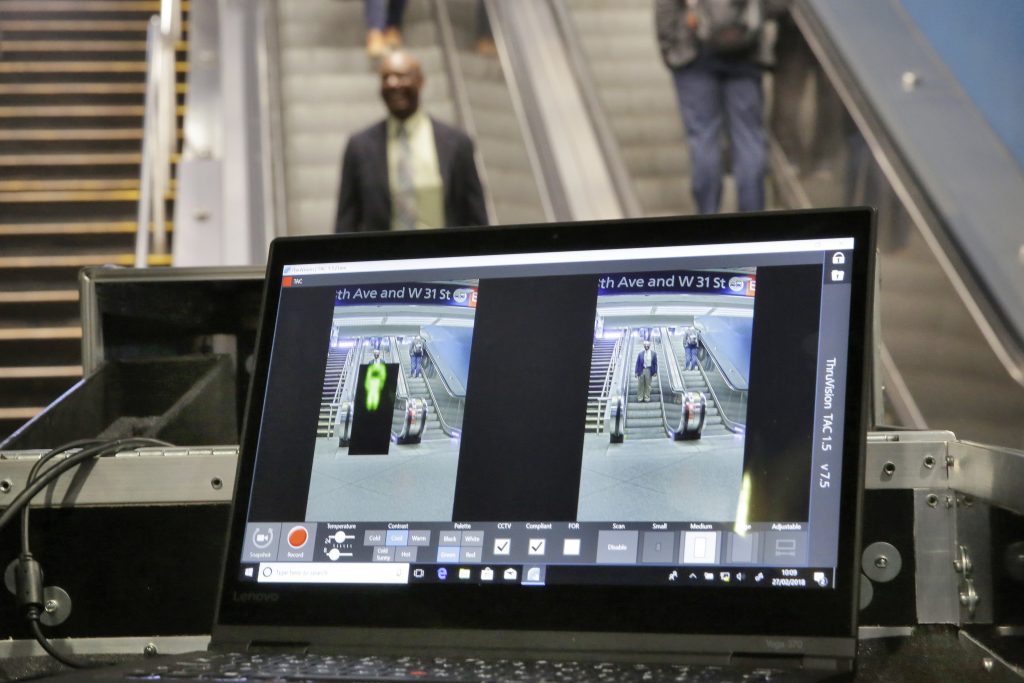 The Los Angeles subway system will become the first in the U.S. to install body scanners that screen passengers for weapons and explosives, officials said Tuesday.

The Los Angeles County Metropolitan Transportation Authority and the Transportation Security Administration had been testing several different types of body scanners for about a year.

The scanners that are being deployed are portable, and project waves to do a full-body screening of passengers walking through a station without slowing them down.

The machines, which scan for metallic and non-metallic objects on a person’s body, can detect suspicious items from 30 feet (9 meters) away and have the capability of scanning more than 2,000 passengers per hour, said Brian Haas, a spokesman for the Los Angeles County Metropolitan Transportation Authority.

The TSA tested body scanners in New York’s Penn Station in February and has also conducted tests at Union Station in Washington, D.C., and at a New Jersey Transit station.

In December, a Bangladeshi immigrant injured himself by setting off a crude pipe bomb strapped to his chest in a subway passageway near Times Square in New York City.

Metro has previously tested several different types of body scanners, including airport-style screening systems where passengers walk through a scanner. The pilot program was meant to evaluate the accuracy and capacity of the portable machines.