Israel Source: PA Intervened With Israeli Arabs to Get Out Demonstrators
Israel 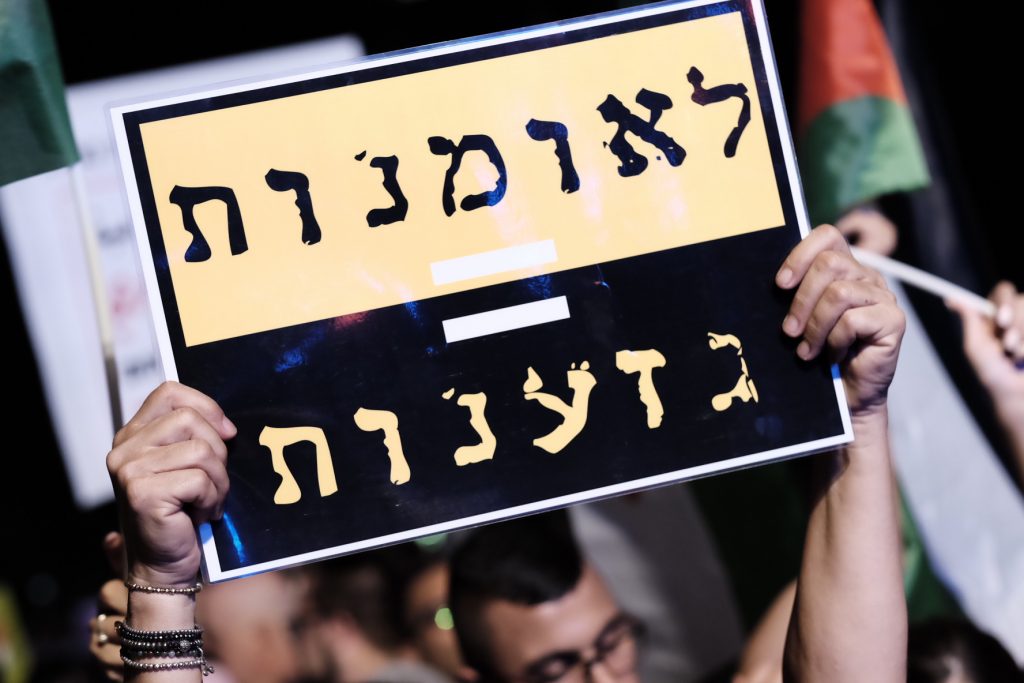 The Palestinian Authority was in constant contact with the Arab organizers of Motzoei Shabbos’s demonstration in Tel Aviv’s Rabin Square against the Nationality Law, it was revealed on Radio 103 Monday. The revelation came in a conversation with Baruch Yedid, the former head of Arab affairs in the IDF’s Central Command.

According to Yedid, Israeli intelligence picked up on discussions between members of a PA-based committee with government ties and leaders of the Arab and Bedouin communities in Israel. The purpose of the discussions was to encourage the Israeli Arab groups sponsoring the demonstration to get as many people out as possible. Yedid said that he had confirmed the matter with contacts in Ramallah.

“I haven’t yet ascertained if the PA provided any money, or if they pushed the idea of flying the Palestinian flags, which turned out to be the most controversial aspect of the event,” said Yedid. “However, the PA-based committee was not happy about the large number of Palestinian flags at the event, as they felt the right would take advantage of the disapproval of many Israelis of the flags.”

Police estimated that tens of thousands participated in the demonstration Motzoei Shabbos, organized and mostly attended by leftist groups. The Palestinian flags were flown by members of the Arab political party Balad. One person – a member of the Arab Higher Committee, a political group that helped organize the demonstration – was arrested.