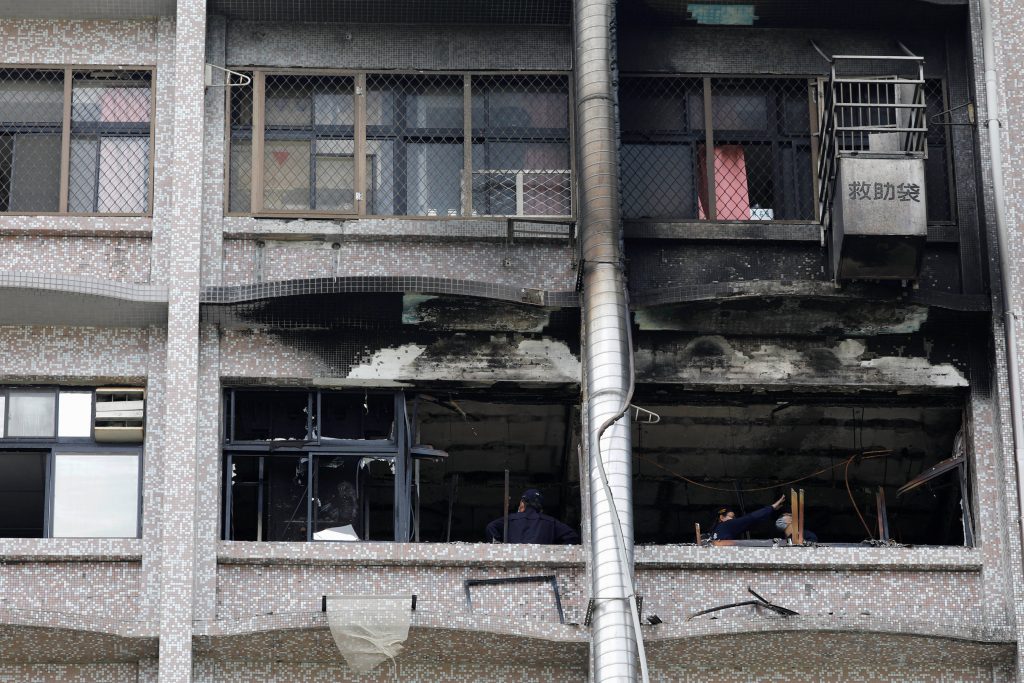 A fire at a hospital in Taiwan in the early hours of Monday killed nine people and injured 15, and an investigation has been launched into the cause of the blaze, authorities said.

Premier William Lai said the health ministry was overseeing rescue efforts at the hospital in New Taipei City, where the fire was extinguished shortly after dawn.

The fire broke out on the 7th floor of the building, which was used for hospice care.

Media footage showed patients being wheeled out of the building in their hospital beds, while medical workers took others out on stretchers and into ambulances.

Scores of ambulances lined up outside the hospital waiting to take victims to medical centers.

Lai said lessons had to be learned by every hospital in Taiwan. “In the event of a repeat incident, it’ll help to limit the impact to a minimum,” Lai told media.

President Tsai Ing-wen, on a stop-off in the United States on Monday on her way to visit two of Taiwan’s remaining diplomatic allies, Belize and Paraguay, expressed grief for the dead and hopes for the injured, the government said.