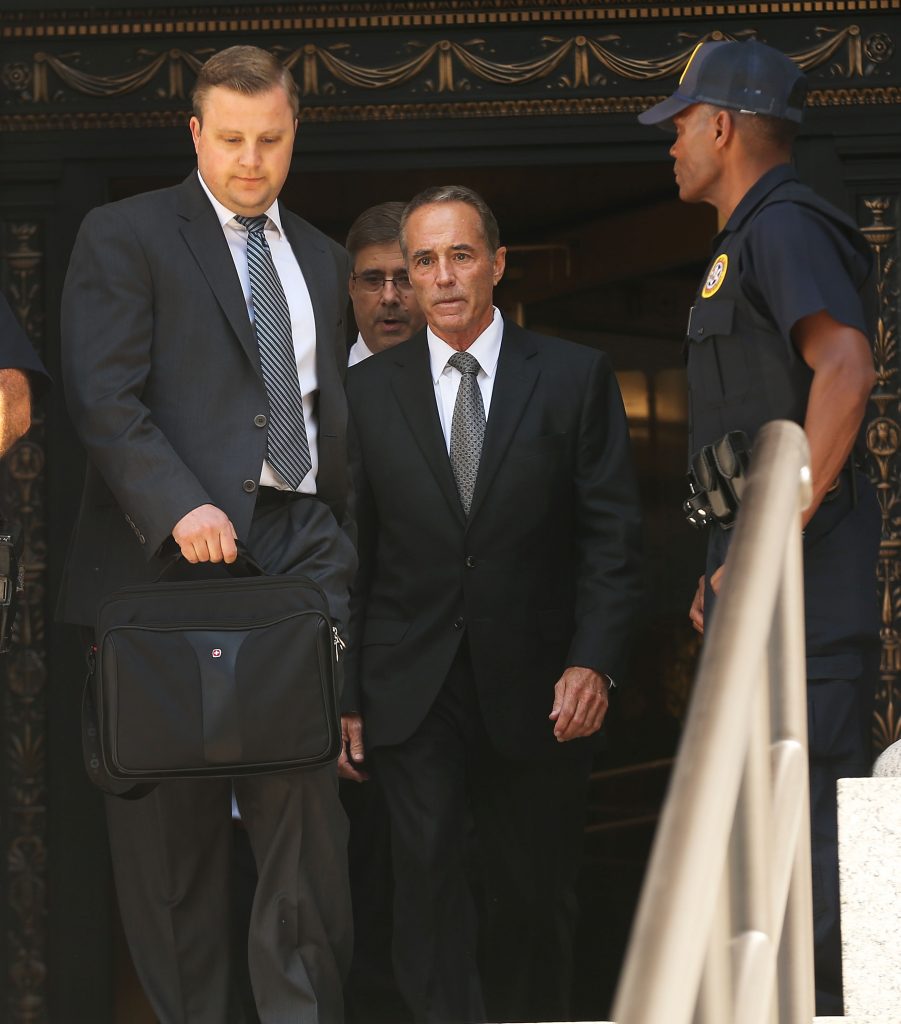 The upstate Republican, in a stunning Saturday reversal, announced the immediate suspension of his congressional campaign in a four-paragraph statement. The three-term representative stressed that he intends to finish out the last four months of his term despite departing the race against Democratic long shot Nate McMurray.

“After extensive discussions with my family and friends over the last few days, I have decided it is in the best interests of (my) constituents … the Republican Party and President Trump’s agenda for me to suspend my campaign for re-election,” he said.

“I will also continue to fight the meritless charges brought against me and I look forward to having my good name cleared of any wrongdoing.”

Collins’ decision to pull out of the race raised Democratic hopes of grabbing a congressional seat in the state’s most GOP-leaning district.

After his Wednesday indictment for insider trading, a resolute Collins declared that he would continue his congressional campaign while fighting the allegations in court. Some, including Buffalo Mayor Byron Brown, called for Collins to resign once the allegations were made public — with both House Democratic Leader Nancy Pelosi and Murray echoing those comments Saturday.

“It’s absolutely true that Chris Collins should not be running for this or any other seat, a fact the Republican Party knew full well when they endorsed and celebrated him while he was under investigation for securities fraud,” said McMurray. “Mr. Collins, suspension is one thing but it is time for you to resign. Do it today.”

Federal prosecutors charged Collins, one of Mr. Trump’s earliest backers, with sharing inside information with family members in a scam where they dodged nearly $800,000 in stock losses. The allegations against Collins, his son and the son’s future father-in-law stem from the politician’s ties to an Australian biotech company.

Collins is on the board of directors for Innate Immunotherapeutics, and is one of the business’ largest stockholders.

According to prosecutors, the 68-year-old Collins was at a White House picnic when he tipped off his son Cameron by phone that a new multiple sclerosis drug failed to pass a medical trial in a devastating development for the company. The Australian business saw its stock prices plunge by 92 percent once the bad news became public.

Cameron Collins, 25, allegedly shared the early warning with his fiancee’s father, Stephen Zarksy, 66, and others. By dumping their investments, the Collins family escaped a $768,000 loss, according to prosecutors.

The possibility remained that Collins’ name could remain on the November ballot. Under state law, candidates can only be removed under certain circumstances — including death, a move out of state or a run for another office like a judgeship.

Although the state GOP said nothing about a replacement candidate, Erie County Controller Stefan Mychajliw quickly threw his hat into the ring.

“As a proud Republican and conservative supporter of President Trump, I cannot stand by and let this critical congressional seat fall into the hands of a radical left-wing candidate,” said Mychajliw.