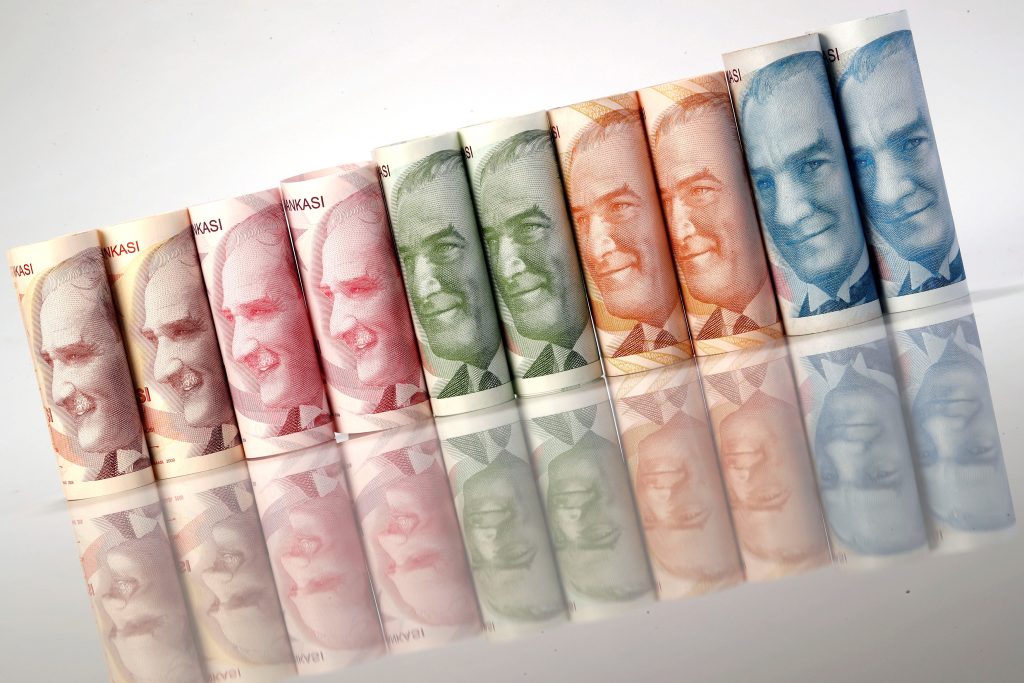 Turkish President Tayyip Erdogan has dismissed concerns over the tumbling lira, calling on Turks to “have no worries,” after the currency hit record lows in recent weeks on the back of a widening rift with the United States.

Ankara and Washington, NATO allies, have been at loggerheads over the detention in Turkey of U.S. evangelical pastor Andrew Brunson on terrorism charges, prompting U.S. sanctions on two of Erdogan’s ministers and threats of trade restrictions.

Early on Friday, the lira hit a new record low, plunging to as far as 6 against the U.S. dollar after a Turkish delegation returned from talks in Washington on Thursday with no apparent solutions to an ongoing crisis.

Speaking to supporters in the Black Sea province of Rize late on Thursday, Erdogan brushed off concerns over the currency as campaigns against Turkey.

“There are various campaigns being carried out. Don’t heed them,” Erdogan said.

“Don’t forget, if they have their dollars, we have our people […] We are working hard. Look at what we were 16 years ago and look at us now,” he said.

The recent sell-off in the lira has been fueled by investor concerns over Erdogan’s grip on monetary policy under a new powerful executive presidency and the ongoing row with the United States.

Erdogan, a self-described “enemy of interest rates,” wants banks to lend cheap credit to fuel growth, but investors fear the economy is overheating and could be due for a hard landing.

They are also concerned over the central bank’s ability to rein in persistent double-digit inflation with the president repeatedly calling for lower rates.

Last week, Erdogan called on citizens to convert their hard currency and gold into lira in order to prop up the plunging currency with a “domestic and national stance.”

The unorthodox approach of the president, who has dominated Turkish politics for more than 15 years, has unnerved investors who have voiced concerns over Turkey’s authoritarian trajectory under Erdogan.