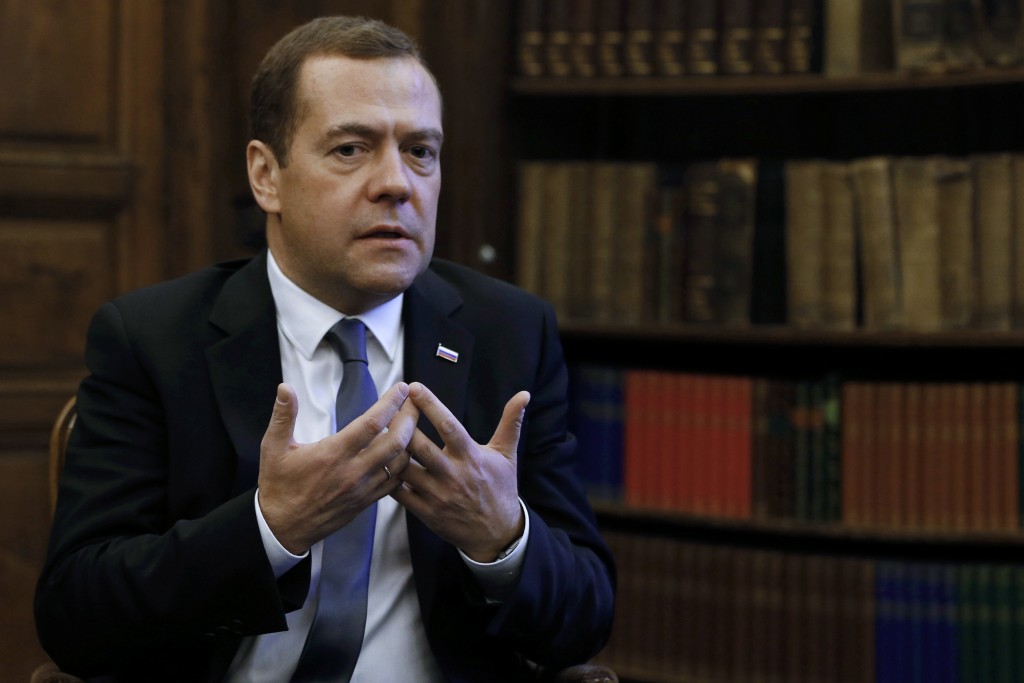 Russia’s prime minister has sternly warned the United States against ramping up sanctions, saying that Moscow will strike back with economic, political and unspecified “other” means.

Dmitry Medvedev said Friday that if the U.S. introduces sanctions against Russian banks as some reports indicated, Moscow will see that as a declaration of an “economic war” and respond accordingly.

He said that Russia will retaliate “with economic means, political means and, if necessary, other means. Our American friends should understand that.” He didn’t elaborate.

The U.S. State Department said Wednesday that Washington made the determination this week that Moscow had used the Novichok nerve agent to poison ex-Russian spy Sergei Skripal and his daughter, Yulia, and that sanctions would follow later this month. Russia has strongly denied involvement in the poisoning.