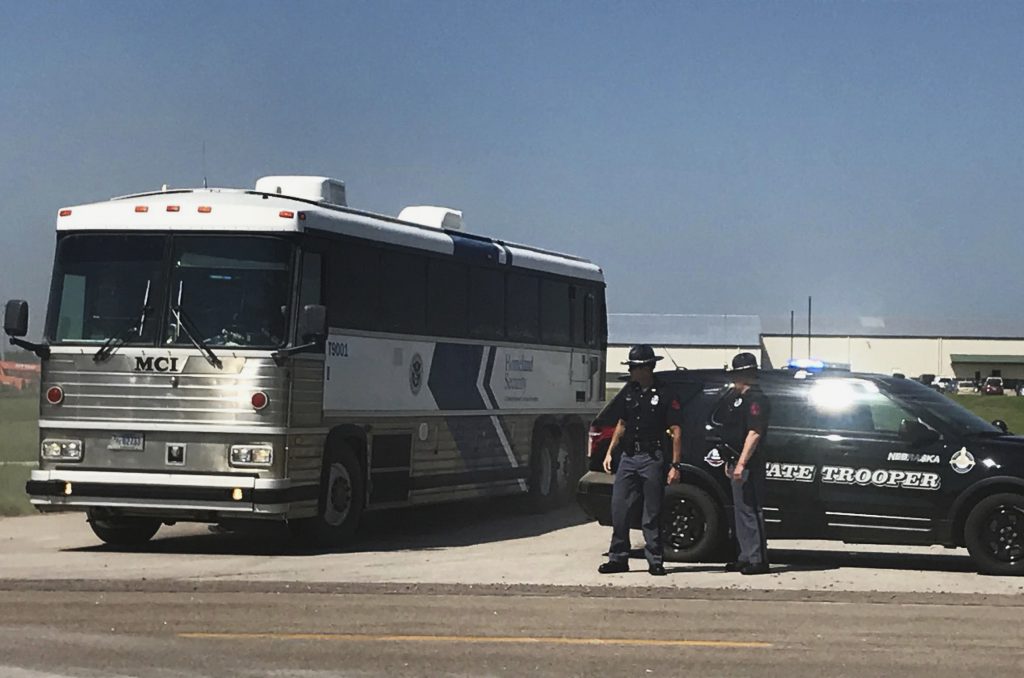 A large federal law-enforcement operation conducted Wednesday targeted businesses in Nebraska and Minnesota that officials say knowingly hired — and mistreated — immigrants who are in the U.S. illegally.

The investigative arm of U.S. Immigrations and Customs Enforcement — Homeland Security Investigations — led the operation that saw about a dozen businesses and plants raided and the arrests of 14 business owners and managers and more than 130 workers. Most of the arrests occurred in northern Nebraska and southern Minnesota. Several of the businesses were in O’Neill, Nebraska, a town of about 3,000 about 160 miles northwest of Omaha. Officials said they were still looking to take three owners or managers into custody as part of the operation.

Special agent in charge Tracy Cormier described the operation as one of the largest in Homeland Security Investigations’ 15-year history.

“I would say the amount of criminal warrants that are being executed will be one of the largest for HSI,” she said. “I’m not aware of a bigger one.”

Between 350 and 400 federal, state and local law enforcement officers worked together on the arrests, she said.

The focus of the operation is unusual in that it targeted business operators for arrest. Most immigration raids have targeted workers suspected of being in the country illegally.

The businesses engaged in a scheme that used fraudulent names and Social Security numbers to employ people in the country illegally, she said. The businesses used “force, fraud, coercion, threat of arrest and/or deportation” to exploit the workers, Cormier said. The business that hired out the immigrants also forced the workers to cash their paychecks with that business for an exorbitant fee, officials said, and withheld taxes from workers’ pay without paying those taxes to the government.

“It kind of reminds us of the revival of the old ‘company store’ policy, where it used to keep the coal miners indebted to the company for all kinds of services … like check cashing,” she said.

Dozens of workers suspected of being in the country illegally also were arrested, Cormier said. Some will be issued notices to appear before an immigration judge and released, while those with criminal backgrounds will remain in ICE custody.

The raids come as President Donald Trump’s administration has been carrying out high-profile enforcement actions against employers who hire illegal labor.

Dozens of workers were arrested at a meatpacking plant in rural Tennessee in April, followed by agents rounding up more than 100 employees two months later at an Ohio gardening and landscaping company.

Immigration officials have also beefed up audits of companies to verify their employees are authorized to work in the country. Officials opened 2,282 employer audits in the first seven months of this fiscal year, many after audits at 100 7-Eleven franchises in 17 states in January.

“The ACLU condemns this ongoing campaign of misery that targets immigrants, disrupts local businesses and separates families,” Rose Godinez, an attorney with the American Civil Liberties Union of Nebraska, said in a written released Wednesday morning after news reports of a raid at O’Neill Ventures, which grows tomatoes in huge greenhouses.

Whether the operation targeted U.S. businesses hiring immigrants illegally in the country or the immigrants themselves, the effect is still the same, Nebraska Appleseed communications director Jeff Sheldon said.