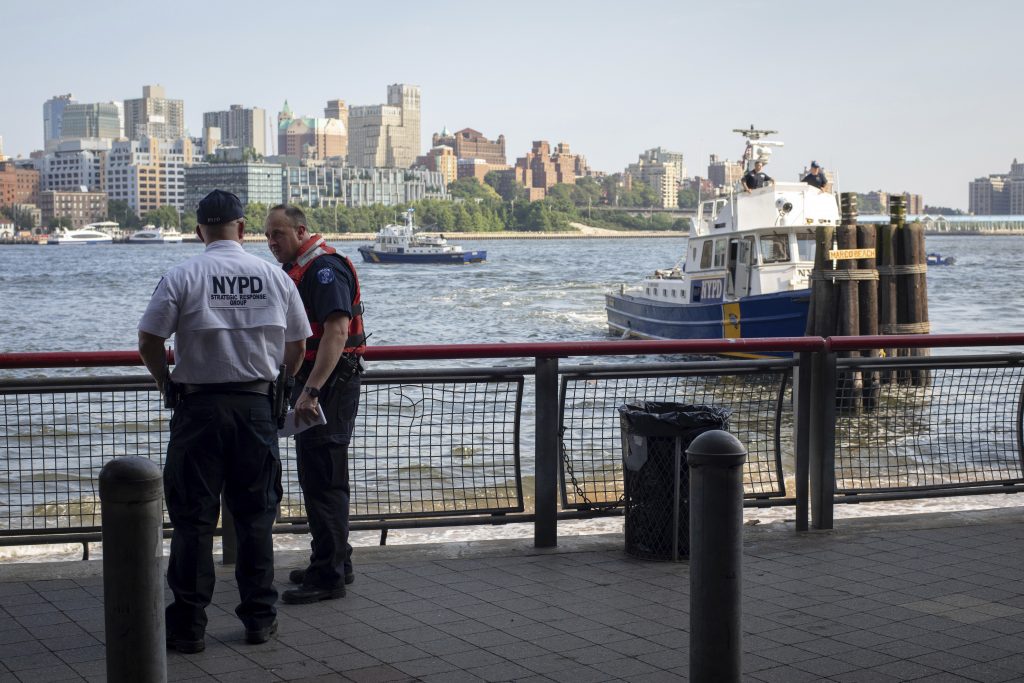 Police in New York City are looking for answers in the death of a baby found floating in the East River in an area popular with tourists near the Brooklyn Bridge and South Street Seaport.

Officials want to know: How long was the boy in the water before an Oklahoma family spotted him Sunday afternoon? Why was he wearing only a diaper? Where are the adult or adults who were supposed to be caring for him?

A medical examiner will determine how the boy, about 8 months old, died. Police say he showed no signs of trauma.

Diana Campbell, of Stillwater, Oklahoma, first noticed the baby around 4 p.m. Sunday. Her husband, Monte, waded into shallow water near the Manhattan shoreline, retrieved the baby and started CPR.

“She just called me over and said there was a baby in the water. I called 911. At that point, I thought it was a doll,” Monte Campbell said.

He said the baby wasn’t breathing and showed no pulse.

Police officers arrived minutes later and brought the baby onto the pedestrian walkway where they continued CPR before the baby was taken to a hospital and pronounced dead, police said.

No parent or guardian was present at the scene, and the child showed no signs of trauma, police said.

The East River running between Manhattan and Brooklyn is a heavily-trafficked tidal estuary subject to strong currents. Both park-lined shorelines are usually teeming with tourists this time of year.