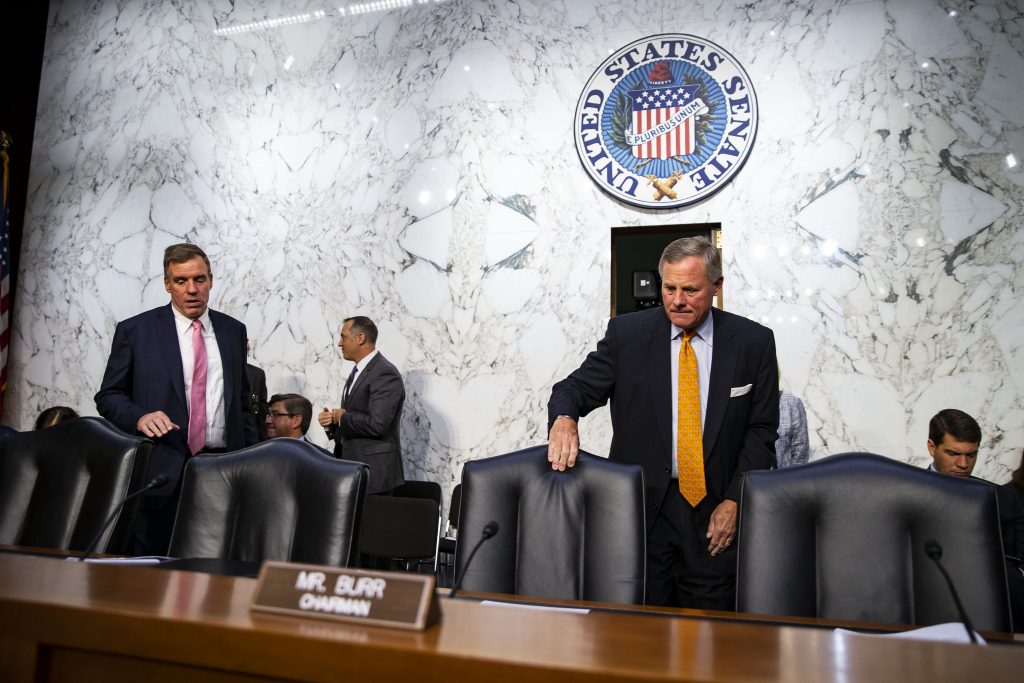 The Senate Intelligence Committee’s bipartisan Russia investigation is increasingly likely to stretch past the midterm elections, as the panel plans to interview more witnesses for a final report detailing its findings, including on the actions of Donald Trump’s 2016 campaign.

Panel chairman Richard Burr of North Carolina had wanted to wrap up his probe well before the November congressional elections, but in an interview this week he acknowledged it could take longer.

“I can’t predict to you how long it’s going to take to write the final reports,” Burr said. Asked if he’d like to finish by the end of the year, Burr said “it’s certainly my hope.”

The committee has already backed the intelligence community’s assessment that Russian leader Vladimir Putin ordered a broad campaign to hurt Democrat Hillary Clinton and ultimately help Republican Donald Trump. Next month, it plans to bring executives from Facebook, Twitter and Alphabet Inc.’s Google in for a public hearing.

But a final report, and the key question of conclusions about the actions of Trump’s campaign and associates, are still to come.

Delaying a final report would leave voters without the only full, bipartisan accounting of what happened in 2016 before heading to the polls. But it would give the committee more time and flexibility to adjust as revelations about Russia’s efforts continue to play out in court filings and indictments from Special Counsel Robert Mueller and the Justice Department.

While the panel has been able to reach agreement on many findings, including those related to the soundness of the January 2017 intelligence community’s assessment, it may not be able to agree on the toughest questions they’re leaving for the final report, including the question of whether Trump or any of his associates were involved.

Burr said there’s still a chance they’ll wrap up earlier. “I don’t want to prejudge the progress in August,” he said.

But Mark Warner of Virginia, the panel’s top Democrat, said the probe still has a ways to go, though he wouldn’t put a timetable on it.

“We’ve got a lot of witnesses that are coming in in September,” Warner said. And he reiterated he still wants public hearings with Donald Trump Jr. and other key witnesses, something Burr has long resisted.

Susan Collins of Maine, a Republican on the committee, also said she thinks it will take a while longer to finish the 18-month-old probe, which so far has remained completely bipartisan, in contrast to the other congressional inquiries into what happened in 2016.

“It seems to me that we’re more likely to finish the report by the end of the year as opposed to prior to the elections,” she said. “We have issued chapters of the report already and I think a fascinating discovery that we’ve made, and it really was our committee that’s brought it out, is the role of social media being used by the Russians in an active measures campaign to undermine Americans’ faith in our democracy.”

The committee held a hearing this week filled with bipartisan calls for the social media companies and the administration to be more aggressive in countering Russian efforts to meddle and divide Americans.

Ron Wyden of Oregon, a committee Democrat, also has continued to urge Burr to delve deeper into the financial dealings of the Trumps and his ex-lawyer and fixer, Michael Cohen, but Burr has left much of that work to the Justice Department and Mueller.

Wyden said there remains much more for the committee to pursue.

“I guess you can say you’re finished any time you want to, but you will not be able to responsibly finish without doing the follow-the-money issues,” Wyden said.

Democrats have also said there are risks for the committee if it ends the probe before Mueller.

“If they wrap it up and all the stuff comes out later on financial issues, I will be diplomatic, it will not put the committee in a favorable light,” Wyden said.