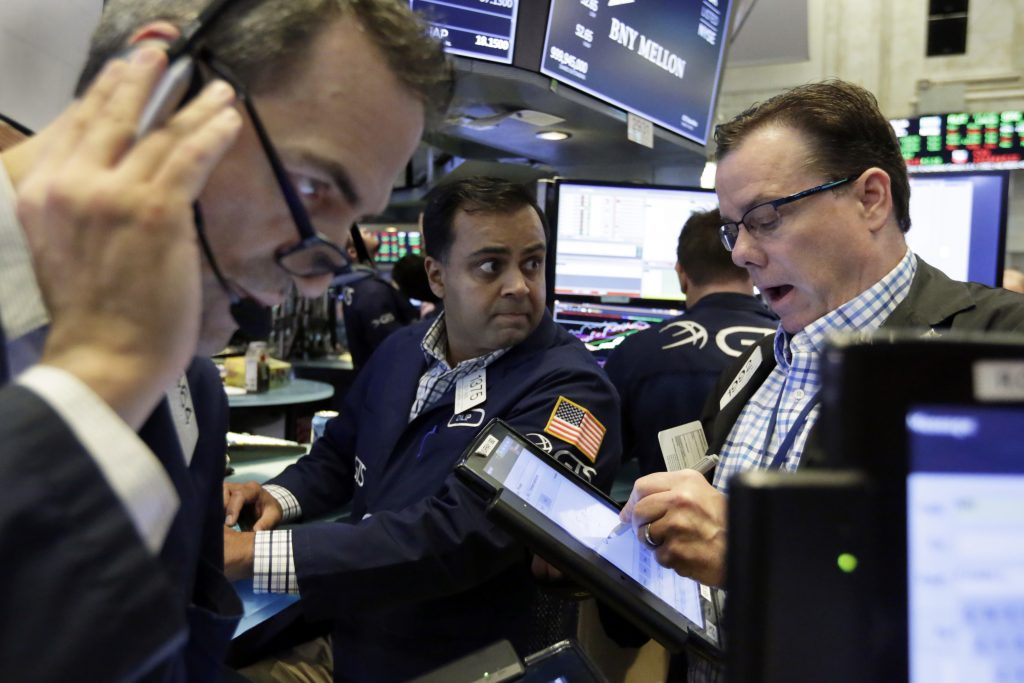 The S&P and Dow edged higher on Friday as a batch of strong earnings overshadowed worries of an escalating trade war between the United States and China, after Beijing proposed new tariffs on $60 billion worth of U.S. goods.

“Markets are viewing China’s move as another part of the tit-for-tat; so far nothing has been imposed and it is still in discussion,” said Paul Nolte, portfolio manager at Kingsview Asset Management in Chicago.

Kraft Heinz jumped 8.1 percent and was the biggest boost to the sector after the company topped quarterly profit and revenue estimates.

“There is a positive sentiment with earnings. The economy is still doing alright despite the trade-policy uncertainty,” said Scott Brown, chief economist at Raymond James in St. Petersburg, Florida.

Economic data showed U.S. job growth slowed more than expected in July as employment in the transportation and utilities sectors fell, but a drop in the unemployment rate suggested that the labor market was tightening.

Earnings to date have been robust. Of the 406 companies that are part of the S&P 500 and have reported earnings, 78.6 percent have topped analysts’ expectations, according to Thomson Reuters I/B/E/S.

Only two of the 11 major S&P sectors were lower. The energy sector fell 0.78 percent on the back of lower crude-oil prices.

Symantec slipped 13.9 percent, and was the biggest decliner on the S&P, after the antivirus-software maker lowered its yearly revenue forecast.