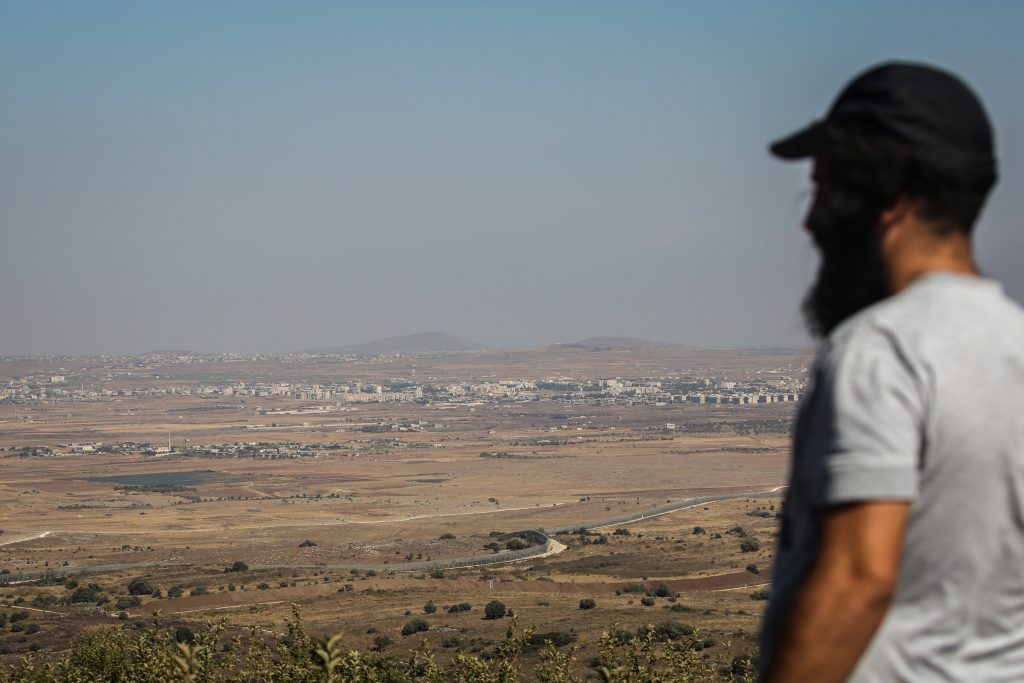 Russia will deploy its military police on the Golan Heights frontier between Syria and Israel, its Defense Ministry said on Thursday, after weeks of mounting volatility in the area.

Syrian President Bashar al-Assad’s sweeping away of rebels in southwestern Syria has worried Israel, which believes it could allow his Iranian backers to entrench their troops close to the frontier.

Sergei Rudskoi, a senior Russian Defense Ministry official, said that Russian military police had on Thursday begun patrolling in the Golan Heights and planned to set up eight observation posts in the area.

He said the Russian presence there was in support of United Nations peacekeepers on the Golan Heights who, he said, had suspended their activities in the area in 2012 because their safety was endangered.

“With the aim of preventing possible provocations against U.N. posts along the ‘Bravo’ line, the deployment is planned of eight observation posts of Russia’s armed forces’ military police,” Rudskoi said.

He said the Russian presence there was temporary, and that the observation posts would be handed over to Syrian government forces once the situation stabilized.

The deployment of the Russian military police highlights the degree to which the Kremlin has become an influential actor in Middle East conflicts since its military intervention in Syria, which turned the tide of the war in Assad’s favor.

Israel has been lobbying the Kremlin to use its influence with Assad, and with Tehran, to try to get the Iranian military presence in Syria scaled back.

Israel sees Iran, and Iran’s allies in the Hezbollah Shiite military, as a direct threat to its national security. That message was conveyed by Prime Minister Binyamin Netanyahu to Russian President Vladimir Putin when they met in Moscow last month, a senior Israeli official said.

Iranian forces have withdrawn their heavy weapons in Syria to a distance of 85 km (53 miles) from the Israeli side of the Golan Heights, TASS quoted a Russian envoy as saying on Wednesday, but Israel deemed the pullback inadequate.