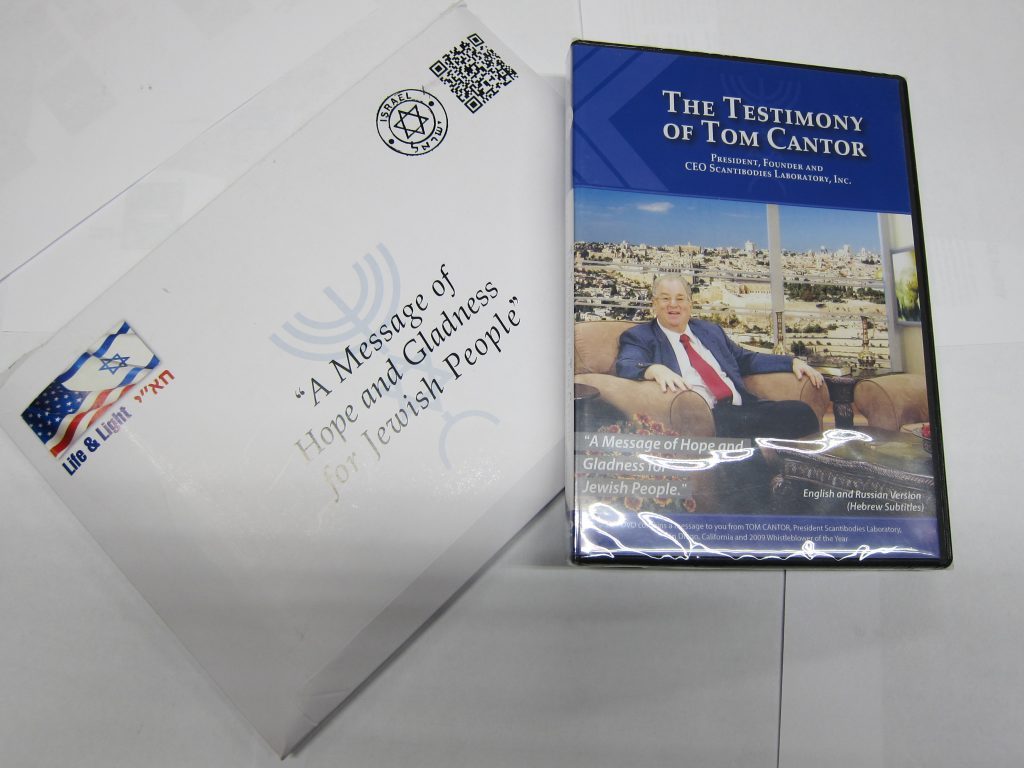 In recent weeks, the Boro Park community has seen an incursion of Christian missionary material through both mass mailings and distributed by small groups on local streets, who in some instances also try to engage passers-by in theological discussions. While it seems that several groups are likely involved in the uptick in attempts to lure Jews to the beliefs of the Christian faith, the efforts of one of the organizations involved has repeated itself for several years in the summer months, and is part of a well-funded nationwide campaign.

Alexander Guth, who has been involved in anti-missionary work for several years, said that despite failure to make inroads in Orthodox communities, “messianic” groups have been determined to maintain their presence.

“For years they’ve been targeting us this time of year, sometimes at the beginning of the summer, sometimes closer to Rosh Hashanah. They don’t have much to show by way of results, but there’s a lot of money behind it and they keep trying,” he told Hamodia.

Last week, while walking on 16th Avenue near 54th Street, Mr. Guth noticed a middle-aged man wearing a yarmulke and holding a clipboard who aroused his suspicion. When approached, the individual said that he was conducting a survey of the Chassidic community and requested to ask Mr. Guth some questions. In a short time, the conversation shifted into an attempt to engage Mr. Guth in a discussion of Christian belief cloaked in Hebrew- and Jewish-sounding terms, such as reference to the Christian Bible as the brit chadashah, or “new covenant.”

As has been the case for several years, many Boro Park residents received mailings from a California-based group known as Israel Restoration Ministries (IRM), an organization dedicated to spreading Christian faith among Jews. Its founder and director is Tom Cantor, the president of Scantibodies Laboratory, Inc., a medical products company. According to media reports on IRM campaigns in past years, he invests some $4 million per year in missionary activities.

The present influx is part of IRM’s “summer blitz,” a $1 million campaign that targets Jewish communities around the United States. In addition to mailings containing a letter from Mr. Cantor, a booklet and a DVD, representatives of the organization canvass Jewish neighborhoods attempting to open conversations with people about their beliefs. Like all groups professing “messianic Judaism,” IRM fuses Jewish cultural identity and some traditions with traditional Christian theology.

It appears that other groups are focusing on the neighborhood as well. A woman walking in the Kensington section of Brooklyn told Hamodia that she was approached by two women, one of whom gave her a pamphlet written in Hebrew, published by the J-hovah’s Witnesses group, well-known for their aggressive proselytizing efforts to people of all faiths outside of their own, including other Christians. There is no formal connection between them and IRM.

Mr. Guth, who operates AZG Musical, Inc., a company that builds and repairs string instruments, said that while the efforts of missionary groups in Orthodox neighborhoods are usually without result, in areas such as Brighton Beach where large populations of largely secular Russian-speaking Jews live, their efforts are much more dynamic and aggressive.

“They try to disarm you and use different terms to trick people,” said Mr. Guth. “They do all they can to see if there is any fruit out there for them, but hopefully if they get enough pushback they’ll eventually give up.”