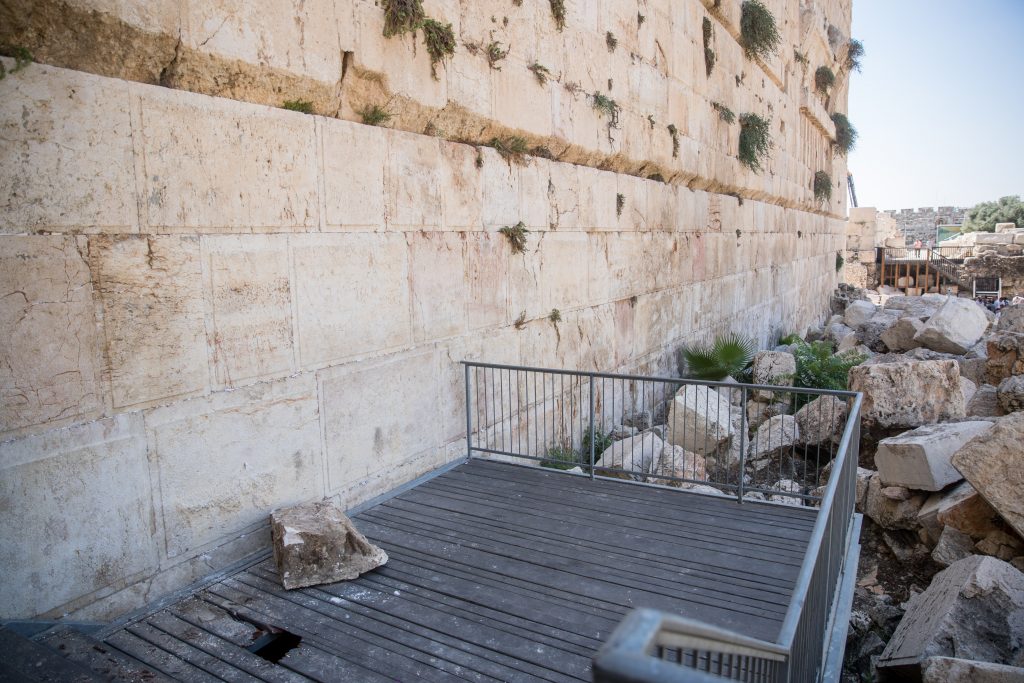 A large boulder, said to weigh over 200 lb., was dislodged from the Kosel on Monday morning, the day after Tishah B’Av.

There were no reported injuries in the incident near Robinson’s Arch, south of the main Kosel plaza.

The stone fell at the pluralistic prayer service platform, in the upper Kosel Plaza. It hit the platform a few feet from a woman who happened to be visiting.

Tishah B’Av, marked this year on Sunday, is one of the most crowded days of the year at the Kosel, with tens of thousands gathering to daven at the Makom Hamikdash.

Rabbi Shmuel Rabinowitz, the Rav of the Kosel, referred to the event as “exceptional and rare,” one that has not happened in decades and which is beyond understanding.

“The fact that such a powerful event took place after the fast of Tishah B’Av, in which we mourned the destruction of the Beis Hamikdash, raises questions which the human soul is too small to contain, and which demand cheshbon hanefesh.

“I thank Hashem for preventing a major disaster,” Rabbi Rabinowitz said, and added that the Israel Antiquities Authority, police and the Yerushalayim municipality will be investigating the freak incident.