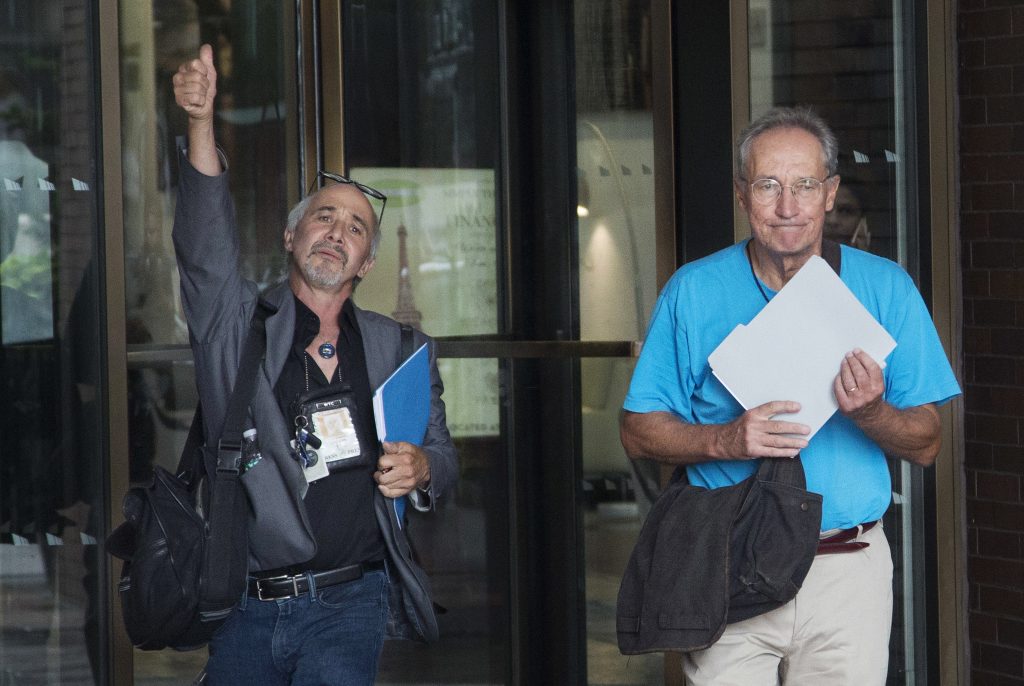 The New York tabloid Daily News will cut half of its newsroom staff and Jim Rich, its editor in chief, was released.

The paper was sold to tronc Inc. last year for $1, with tronc assuming tens of millions of dollars of liabilities and debt.

In an email sent to staff Monday, tronc said staff at the Daily News will focus on breaking news involving “crime, civil justice and public responsibility.”

The newspaper has been a key fixture in New York City for the last century. It won a Pulitzer Prize in 2017 for its work with ProPublica on the abuse of eviction rules in New York City.

There had been reports that the cuts were coming, and an early-morning tweet from Rich hinted at what was to come.

“If you hate democracy and think local governments should operate unchecked and in the dark, then today is a good day for you,” Rich wrote.

New York Governor Andrew M. Cuomo urged tronc to reconsider the layoffs, saying they were made without notifying the state or asking for assistance.

“I urge Tronc to reconsider this drastic move and stand ready to work with them to avert this disaster,” Gov. Cuomo said in a printed statement. “I understand that large corporations often only see profit and dividends as a bottom line. But in New York, we also calculate loss of an important institution, loss of jobs, and the impact on the families affected. I hope Tronc does the same and recalculates its decision. New York State stands ready to help.”

Revenue and print circulation have been sliding at the newspaper for years, even as it provided critical coverage of health issues in public housing and for first responders after the Sept. 11 attacks.

Revenue slid 22 percent between 2014 and 2016, and the paper had already been letting people go.

“Since the year began, we’ve worked hard to transform the New York Daily News into a truly digitally-focused enterprise – one that creates meaningful journalism, delivers it more quickly and more frequently, and develops new approaches to engage our readers,” tronc said in an email that was sent to the newsroom. “We’ve gained a deeper understanding of our readership. We’ve redefined our structures. But we have not gone far enough.”

Robert York, editor of tronc-owned The Morning Call in Allentown, Pennsylvania, will take over as editor of the Daily News.

“The reporters at the Daily News are some of the very best in the business. I am heartbroken for them today, and for New York,” said New York Attorney General Barbara Underwood. “We need strong local newspapers to hold those in power to account.”

Tronc Inc., based in Chicago, owns the Chicago Tribune, The Baltimore Sun, the Orlando Sentinel, and other media operations.