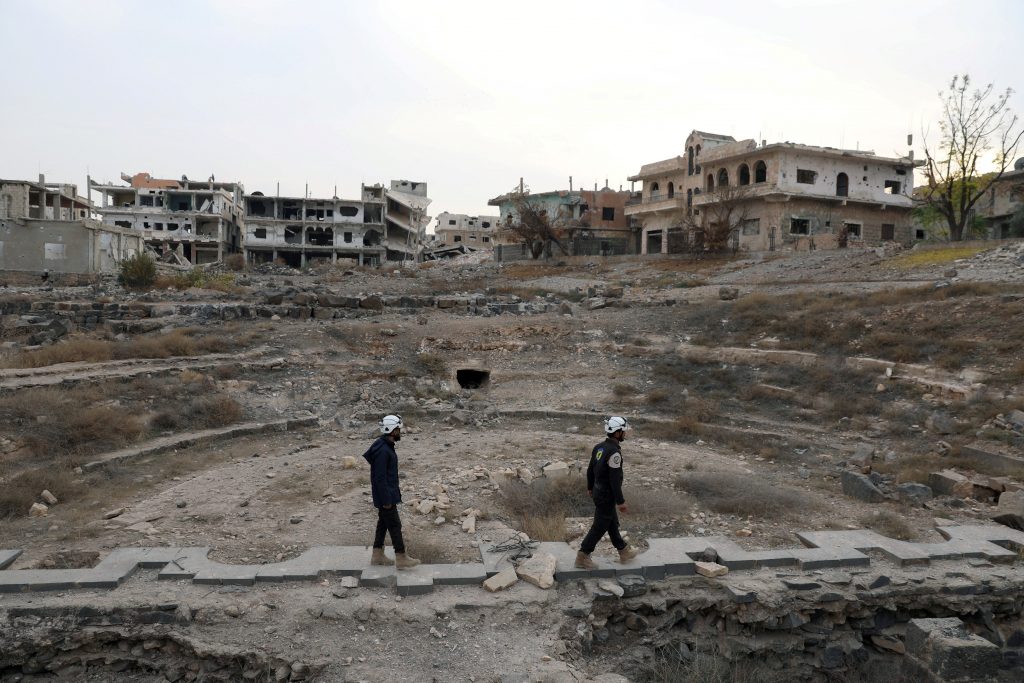 The Syrian government on Monday condemned the evacuation of hundreds of Syrian White Helmet rescue workers, calling it a “criminal operation” undertaken by “Israel and its tools.”

The rescue workers and their families crossed out of Syria into the Israeli Golan Heights before arriving in Jordan over the weekend.

Israel said it had helped with the evacuation at the request of President Donald Trump and other leaders – and that there had been fears that the workers’ lives were at risk.

The White Helmets was established as a rescue service in rebel-held areas of the country, where its volunteers have often worked to save people trapped under the rubble of government bombardment.

State news agency SANA, citing a Foreign Ministry official, said the evacuation “exposed the true nature of the organization known as the White Helmets,” calling it a risk to stability and security “because of its terrorist nature.”

As Assad has won back areas such as eastern Aleppo and Ghouta, the rescue workers have left on buses to rebel-held areas of the north along with fighters and civilians who fear a return of government rule.

A Jordanian government source said 422 people were brought from Syria, over the Golan Heights frontier and into Jordan, down from a figure of 800 announced earlier by the Foreign Ministry in Amman.

The evacuees will be kept in a “closed” location in Jordan and resettled in Britain, Germany and Canada within three months, the source said.

A second non-Jordanian source familiar with the agreement said the original plan had been to evacuate 800 people, but only 422 made it out as operations were hampered by government checkpoints and the expansion of Islamic State in the area.