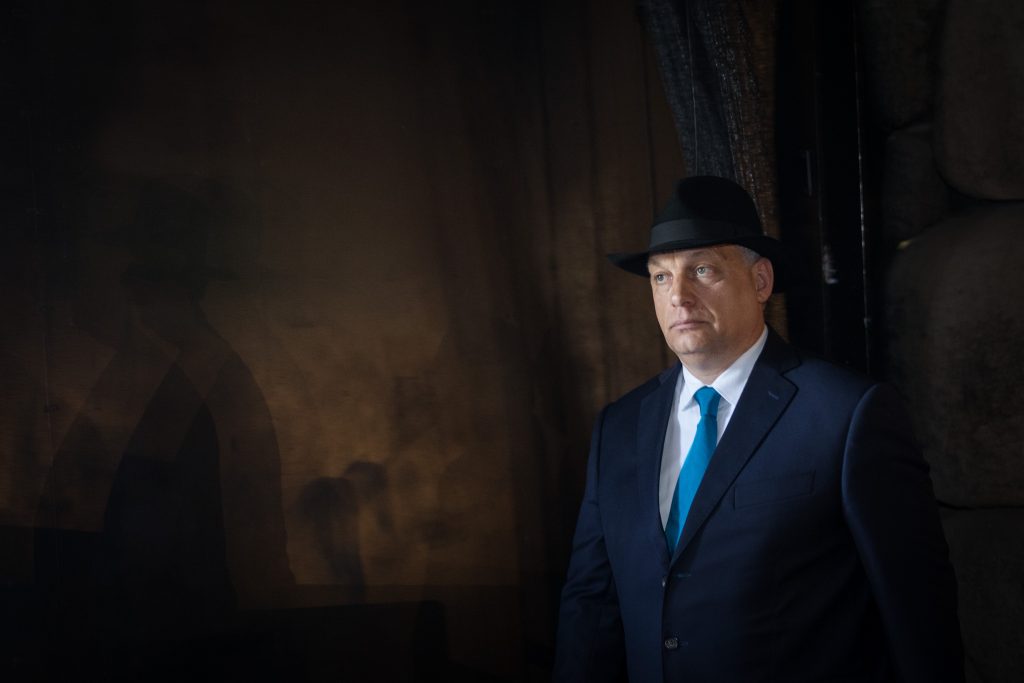 The controversy over the visit of Hungarian Prime Minister Viktor Orban took the form of a demonstration that blocked his car as he attempted to exit Yad Vashem on Wednesday.

Orban’s vehicle was forced to wait for some minutes, until police cleared away about 20 protesters on the access road to the site.

The demonstrators berated Yad Vashem employees, saying they should be ashamed of themselves for hosting the Hungarian prime minister, who has been widely condemned for being anti-Semitic.

Yad Vashem rebuffed a demand by Amnesty International on Wednesday to cancel the visit, saying in a statement: “The Hungarian prime minister is a guest of the State of Israel. Yad Vashem receives guests of the state in accordance with the visit plan made by the Foreign Affairs Ministry, which is in charge of official visits in the State of Israel.”

The Holocaust museum also released a statement after his visit on Wednesday, saying Orban received a “comprehensive explanation” of the cooperation of Hungarian authorities with Nazi Germany under the leadership of Miklós Horthy. Orban has been criticized for praising Horthy.

Israeli Prime Minister Binyamin Netanyahu, who met with Orban during a visit to Hungary, invited him to Israel in recognition of his support for Israel in European forums.

Orban has been seeking to distance himself from former anti-Semitic tactics and remarks, and the visit to Yad Vashem was apparently part of that effort. He is also scheduled to visit the Kosel before returning to Hungary.

Earlier on Thursday, the right-wing Orban was gently admonished by Israeli President Reuven Rivlin at the latter’s official residence.

“I know what you are doing against anti-Semitism. I know the efforts. But we have to remember, when we say never again — neo-fascism and neo-fascist groups are a real danger to the very existence of the free world,” Rivlin told Orban, speaking in English. “It brings racism, it brings hatred” against its targets’ faith or nationality, Rivlin added.

In his remarks at the meeting, Orban did not comment on Rivlin’s admonition, but rather asserted his own commitment to tolerance:

“We fulfill our obligations to defend all the citizens of our country regardless of their faith, beliefs, ethnic origin,” he said, reiterating his vow to have “zero tolerance” for anti-Semitism.