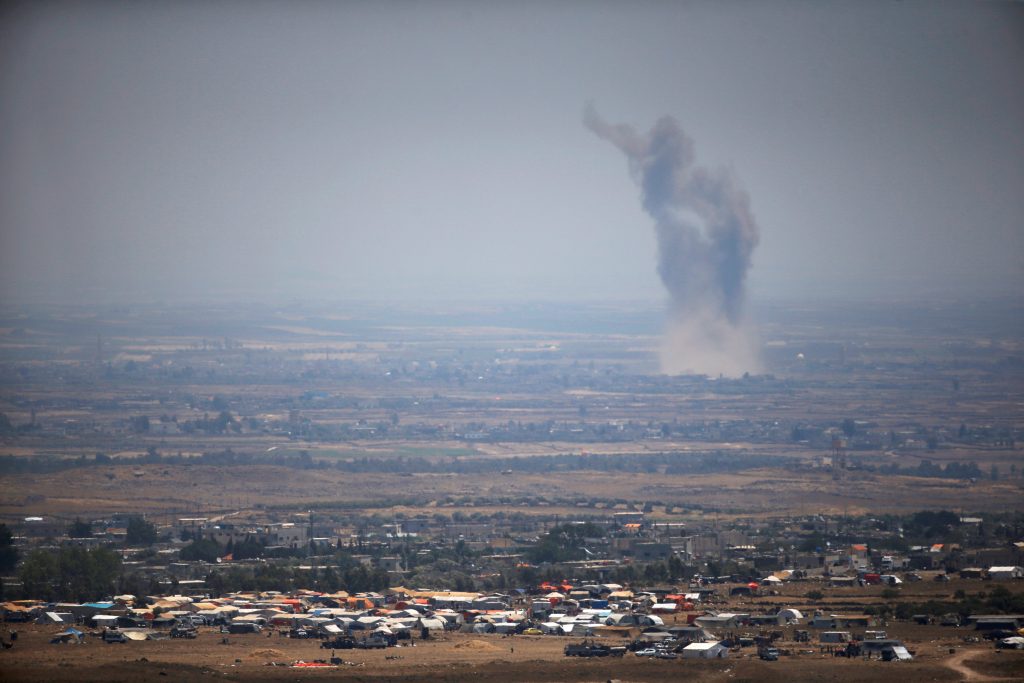 More than 100 buses arrived on Wednesday to evacuate thousands of people from two loyalist Syrian villages that are besieged by rebels in the northwest, under a deal in which the government is expected to release hundreds of detainees.

The Shiite villages of al-Foua and Kefraya will be emptied of all their residents and fighters, a commander in the regional alliance that backs President Bashar al-Assad told Reuters.

They have been under siege for years by Sunni Islamist rebels in Idlib province in the last major insurgent-held part of Syria. Assad, who is advancing against rebels in the southwest, has vowed to recover the entire country.

Population transfers have been a common feature of the seven-year Syrian war, which has killed an estimated half a million people and driven some 11 million from their homes, mostly at the expense of Assad’s opponents.

Rebels and civilians have been bused out of their hometowns to insurgent territory in the north, as government forces advanced with critical help from Russia and Iran.

The opposition has decried it as a systematic policy of forcible displacement against those opposed to Assad, who comes from the Alawite sect, an offshoot of Shi’ite Islam.

The conflict took on a sectarian dimension as it swelled out of protests against Assad’s rule in 2011. Shiite Islamist militias backed by Iran have deployed from across the region to help Damascus against rebels, many of whom identified themselves as Sunni Islamists.

The pro-Assad commander and an Islamist rebel source familiar with the secret talks said separately that Turkey was also involved in the process, which builds on a deal from last year that had not been fully implemented.

The evacuees will include Alawite hostages that rebel factions took when they overran Idlib more than three years ago, it said.

In April last year, thousands of people were shuttled out of the two villages to government territory in an agreement.

In exchange, hundreds of residents left two towns at the border with Lebanon, Madaya and Zabadani, which were in the hands of Sunni rebels at the time and under siege from pro-government forces. They were moved to Idlib.

But other parts of the deal – evacuating the people remaining in al-Foua and Kefraya and releasing 1,500 detainees from state prisons – did not go through at the time.