Business The Shift Is On: Manual Transmissions May Be Endangered But They’re Also Beloved
Business 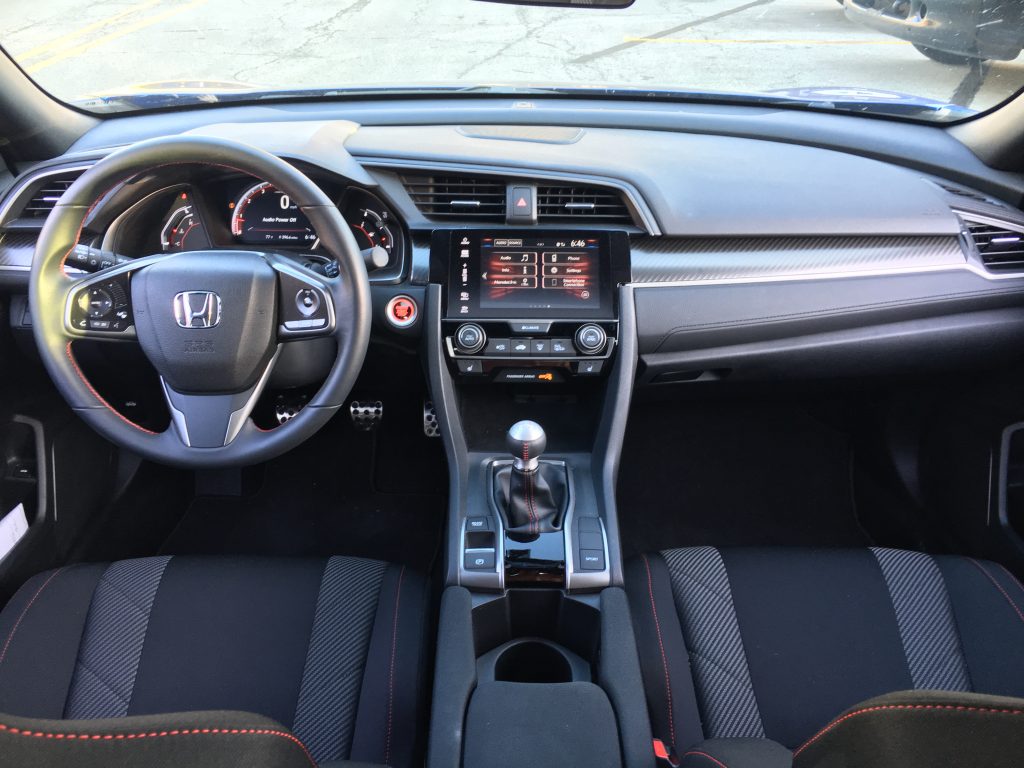 The tween riding in the back seat finally asked, “What is that thing you keep moving up there?”

She had never seen “that thing” known as a six-speed stick shift, a manual transmission, a manny tranny, a handshaker, a Millennial theft deterrent. To her it was a relic, an oddity, a rotary phone thingy.

Manual transmissions account for just 2 percent of all vehicles sold in 2018, according to data from Edmunds.com. In 2006, 47 percent of new models in the U.S. were offered with automatics and manuals. Now it’s down to 20 percent and dropping sharply.

“For automakers it will be simpler when the manual dies,” said Ivan Drury, senior analyst at Edmunds.com. “It’s kind of a hassle for them to offer both, same with dealers. Given the market forces, it’s going to go away.”

Not too long ago, when push-button AM radios were infotainment and cigarette lighters were USB ports, all cars had manual transmissions. In the ’50s during the boom of babies, cars and America, GM’s Hydra-Matic automatic transmission made driving accessible to everyone. No need to worry about grinding gears, stalling out or other operator errors.

In the half-century since, automakers and suppliers have advanced the automatic into something drivers never have to consider. Modern automatics are quicker, more efficient, much easier to operate, and better than most drivers. Call it progress, the inevitable inexorable direction of taking control from the driver for the sake of automation, which incidentally, was first offered way back in the ’60s in the form of cruise control.

As consumers preferred the automatic, automakers stopped offering the manual to cut the costs of offering two powertrains.

“We have seen that buyers aren’t asking for them,” said Mark Gillies, spokesman for Volkswagen. “We had a manual option in the old Tiguan, but almost no one took it.”

There are few utility vehicles with a manual, including midsize pickups in the aging Toyota Tacoma and Nissan Frontier, as well as the six-speed manual in the new Jeep Wrangler. That clutch pedal has firm, almost abrupt kickback, and the gearbox is notchy enough to make it feel like you’re actually doing something in a vehicle that can conquer territory without much insight from the driver.

The remaining manuals are in subcompact commuter cars or sports cars.

“In our value vehicles, there is still a market for cost efficiency with a manual than a little higher-priced automatic,” said James Bell, director of corporate communications for Kia.

But the manual take rate of 4 percent for the Rio, Forte and Soul is hardly a business case.

The new Kia Stinger performance sedan does not even come with a manual. The 365-horsepower rear-wheel-drive fastback competes with German benchmarks such as the BMW 3-Series, which has a manual with a take rate in the single digits.

“When you’re looking at performance sedans for 2018 everyone has switched over to DSG and modern automatics or dual clutch gearboxes,” Bell said. “If you want to maximize performance and acceleration of a car, an eight- to 10-speed gearbox is the way to go.”

Supercar-makers such as Ferrari and Lamborghini no longer offer manuals for performance reasons. Even the famed Porsche 911, with its excellent PDK dual-clutch automatic transmission, has a manual take rate of just 20 percent.

“High-end automatic transmissions like the PDK drive better than you and make you a better driver,” Drury said. “I don’t think a lot of people get to go out there and exercise the transmission the way it should be.”

That’s as true on the street as it is in the virtual world.

“Even the video games are all PDKs,” said Mark Basso, founder and president of Autobahn Country Club in Joliet. “When we opened 14 years ago, the vast majority of cars on our track — maybe 90 percent — were manuals. Now I would guess it’s 60 percent automatics and climbing.”

Yet for some enthusiasts or iconoclasts and everyone we spoke to for this article, there’s no other way to drive than with a manual. The numbers and the logic don’t matter. Rowing your own gears is simply more fun.

“There is a feeling of great control as a driver, and there is the sheer physical pleasure of managing a perfect shift,” said Gillies, who, as the former executive editor of Car and Driver, has had enviable success on the race track. “I feel more in touch if I am operating the gears.”

Owners of the Ford Focus RS and Ford Mustang GT 350 must feel the same way. Those performance vehicles only come with manual transmissions for now. The super fun and super smooth Mazda MX-5 Miata has a manual take rate of just under 60 percent, which is one of the highest take rates in the segment, according to Jacob Brown, spokesman for Mazda.

Something is lost in the art of driving with an automatic transmission, some purists argue.

“Downshifting you learn to blip the throttle so the revs don’t stretch the pistons, that’s learning to drive a sports car,” Basso said. “They’re taking that away from you.”

Even though Basso’s teen driving safety school at the Autobahn uses cars with automatic transmissions, he advocates that everyone learns to shift. “It’s understanding the car,” he said. “When you have a clutch you have a peek at the inner workings of the car. It’s not a toaster.”

It’s not just racers who appreciate a good shift.

“When the average person hears that you have a manual they think you’re some kind of Luddite,” said Brian Moody, executive editor of Autotrader. “But understanding how the mechanical pieces work can affect how you act and react behind the wheel.”

The next generation of drivers may not have as many opportunities to understand firsthand the marriage of transmission and engine, but some stick lovers are intent on passing the knobby torch.

“I find it very rewarding, and everyone I’ve taught to drive manual has enjoyed it,” Drury said.

Gillies taught both his children how to drive stick and Bell was planning to do the same.

“Driving is not stab it and steer,” Bell said on the eve of taking his daughter to get her driver’s permit. “It’s about appreciating mechanically what it takes to get up to highway speed and the respect for what it takes to get speed. The recognition should encompass all your senses to not be distracted. It’s a safety thing.”

It’s a fun thing too.