World British PM May Warns Rebels: Back Me or Risk ‘No Brexit at All’
World 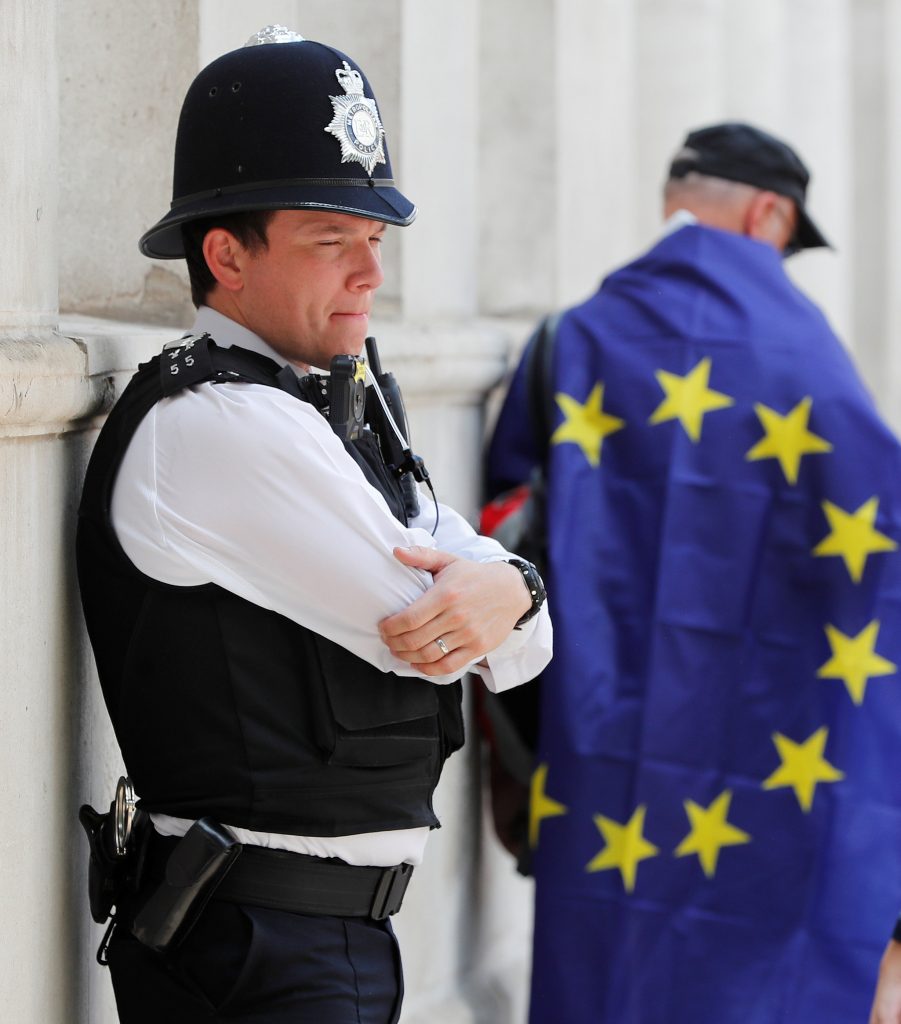 British Prime Minister Theresa May warned her divided party on Sunday that there may be “no Brexit at all” if they wrecked her plan to forge a close relationship with the European Union after leaving the world’s biggest trading bloc.

“My message to the country this weekend is simple: we need to keep our eyes on the prize,” May wrote on social media. “If we don’t, we risk ending up with no Brexit at all.”

Linking the fate of Brexit to her own survival in such an explicit way indicates just how precarious May’s position remains after her government was thrust into crisis and President Donald Trump publicly criticized her Brexit strategy.

With less than nine months to go before the United Kingdom is due to leave the EU on March 29, 2019, the country, the political elite and business leaders are still deeply divided over whether Brexit should take place and, if so, how.

May doesn’t yet have a Brexit deal with the EU so the British government has stepped up planning for a so called “no deal” Brexit that could spook financial markets and dislocate trade flows across Europe and beyond.

May has repeatedly said Brexit will happen and has ruled out a rerun of the 2016 referendum, although French President Emmanuel Macron and billionaire investor George Soros have suggested that Britain could still change its mind.

In an attempt to forge a balance between those seeking a smooth Brexit and those who fear staying too close to the EU’s orbit would undermine the very nature of Brexit, May sought the approval of senior ministers for her plans on July 6.

After hours of talks at her Chequers country residence she appeared to have won over her Cabinet, but just two days later David Davis resigned as Brexit secretary, followed by her foreign minister, Boris Johnson, the next day.

May called on Sunday for the country to back her plan for “friction-free movement of goods,” saying it was the only option to avoid undermining the peace in Northern Ireland and preserving the unity of the United Kingdom.

Davis, writing in the Sunday Times, said it was an “astonishingly dishonest claim” to say there is no worked-out alternative to May’s plan. He said her plan would allow EU regulations to harm British manufacturers.

“Be in no doubt: under the government’s proposal our fingers would still be caught in this mangle and the EU would use it ruthlessly to punish us for leaving and handicap our future competitiveness,” Davis said.

Steve Baker, a senior lawmaker who served as a deputy to Davis in the Brexit Ministry before resigning with his boss, said May had presided over a “cloak and dagger” plot to undermine Brexit.

Boris Johnson, the face of the Brexit campaign for many, has remained silent in public since he warned in his resignation letter on July 9 that the “Brexit dream” was being suffocated by needless self-doubt.

The Telegraph newspaper said Johnson had re-joined the newspaper as a columnist with effect from Monday.

The extent of divisions within May’s Conservative Party over Brexit will become clearer over the course of two debates in parliament over coming days.

Pro-Brexit lawmakers are expected to use a debate on Monday on customs legislation to try to force her to harden up her Brexit plan, while a debate on trade on Tuesday will see pro-EU lawmakers push for even closer ties with the bloc.

Brexiteer rebels are unlikely to have enough support in parliament to win a vote, but the debate will show how many in May’s party are prepared to vote against her at a time when some are look to gather the necessary numbers to challenge her leadership.