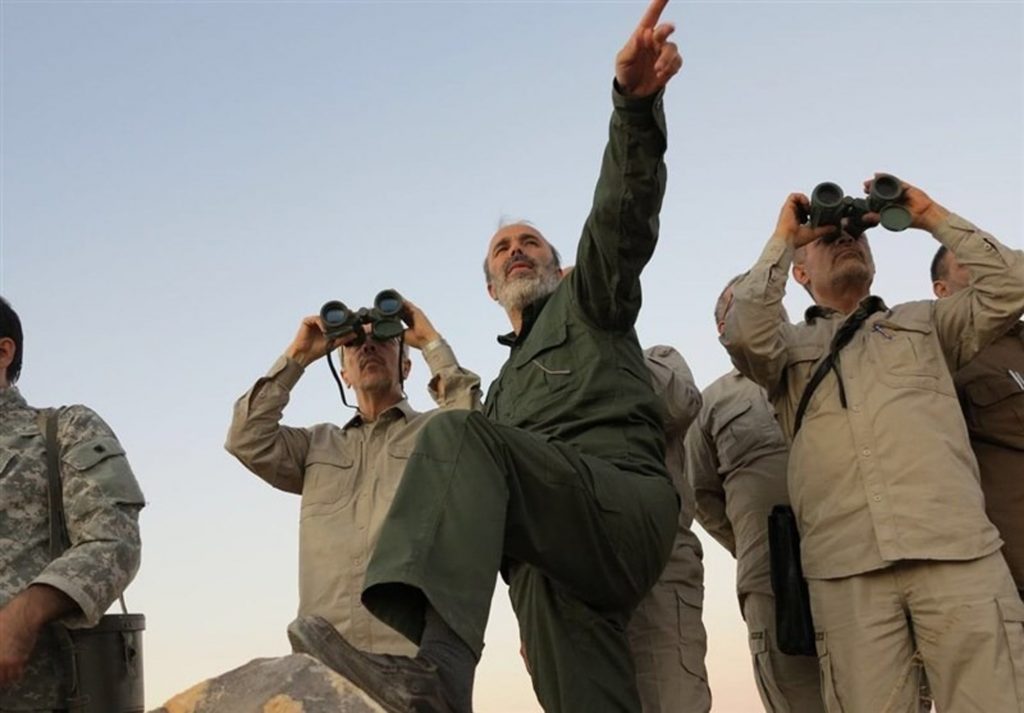 When President Donald Trump meets Russia’s Vladimir Putin on Monday, the Syrian conflict will be one of the most immediately pressing issues on a wide-ranging agenda.

As fighting wanes after seven years of war in Syria, the U.S. has made curtailing Iran’s influence in post-war Syria a strategic objective — one strongly backed by Israel. And U.S. and Russian officials have signaled that a broad framework for such a deal is likely to be the main outcome of the summit.

Any agreement is likely to be general in nature, and discussions are likely to be centered more on limiting Iran’s presence rather than ending it, analysts say.

A full withdrawal of Iranian-backed forces from Syria is a virtual nonstarter. After years of ruinous civil war, Iran and its proxy militias, including the Lebanese Hezbollah, have built up a formidable presence stretching from the Iraqi border through central Syria to Lebanon.

President Bashar Assad, with military and political assistance from Iran and Russia, has recaptured 60 percent of the country, putting an end to any serious talk of regime change. And, amid a declining U.S. role, Russia has emerged as an uncontested power broker in the country.

Still, both Russia and the U.S. have an interest in working together in Syria and beyond, and while Russia and Iran have been on the same side of the war, their interests do not always converge.

Here’s a look at potential outcomes from Monday’s meeting:

WHAT’S ON THE TABLE

With Assad’s removal from power no longer an actively sought objective, the focus has shifted to Iran’s influence in Syria. Tehran is now believed to command up to 80,000 fighters in Syria — members of Shiite militias and paramilitary forces loyal to Iran.

In an interview with CBS news this month, U.S. national security adviser John Bolton said Iran, not Assad, was the “strategic issue.” Israel, for its part, has repeatedly warned it will not allow Iran or its Shiite proxies to establish a permanent presence in postwar Syria.

After two weeks of intensive military operations, Assad’s forces now control the southern city of Daraa, where the revolution against Assad started, and the surrounding countryside. They are ready to move west to the frontier near the Israeli Golan Heights, triggering concerns of a showdown between Israel and Iranian-backed forces nearby.

Prime Minister Binyamin Netanyahu met with Putin in Moscow on Wednesday for talks focusing on Iran’s presence in Syria.

“Our opinion is known that Iran needs to leave Syria,” Netanyahu said after that meeting.

CONTOURS OF A DEAL

Russian Foreign Minister Sergey Lavrov last week said it would be “absolutely unrealistic” to expect Iran to fully withdraw from Syria. That signals Russian acceptance that at least some of those forces should pull back.

Comments by some U.S. officials have also indicated what might be an emerging compromise.

“There are possibilities for doing a larger negotiation on helping to get Iranian forces out of Syria and back into Iran, which would be a significant step forward,” Bolton told CBS.

One possibility is that Putin and Trump could reach a deal that would envisage the deployment of Syrian government forces along the frontier with the Israeli-held side of the Golan Heights and the withdrawal of Iranian forces and Hezbollah from the area.

For that to happen, Israel would want guarantees that Assad honor a decades-old agreement that sets out a demilitarized zone along the frontier and limits the forces each side can deploy within 15 miles.

Ayham Kamel, an analyst with Eurasia Group, said Moscow may ask for acceptance of Assad and an eventual withdrawal of U.S. troops from Syria, as Trump has suggested he would like to happen by the end of the year.

“A public deal that accepts Assad in return for limiting Iranian influence implicitly if not explicitly gives him some legitimacy,” Kamel said.

WOULD IRAN ACCEPT A DEAL?

Russia has called for Iranian troop withdrawal from a post-war Syria but cannot guarantee Iranian compliance.

Moscow, however, may have enough leverage to persuade Tehran to stay away from the frontier with Israel and reduce the number of bases, missile factories and advisers it maintains in the country.

Iran, following the U.S. withdrawal from the nuclear deal, is facing stiff sanctions and cannot afford to lose Russia’s support, nor will it be able to provide Assad with the same level of support.

“While Assad needs the Iranians and the Russians, an Iran that is constrained by sanctions is much less useful to him over the long run. And as the civil war is winding down, Russian economic and political support becomes a little bit more important,” Kamel said.