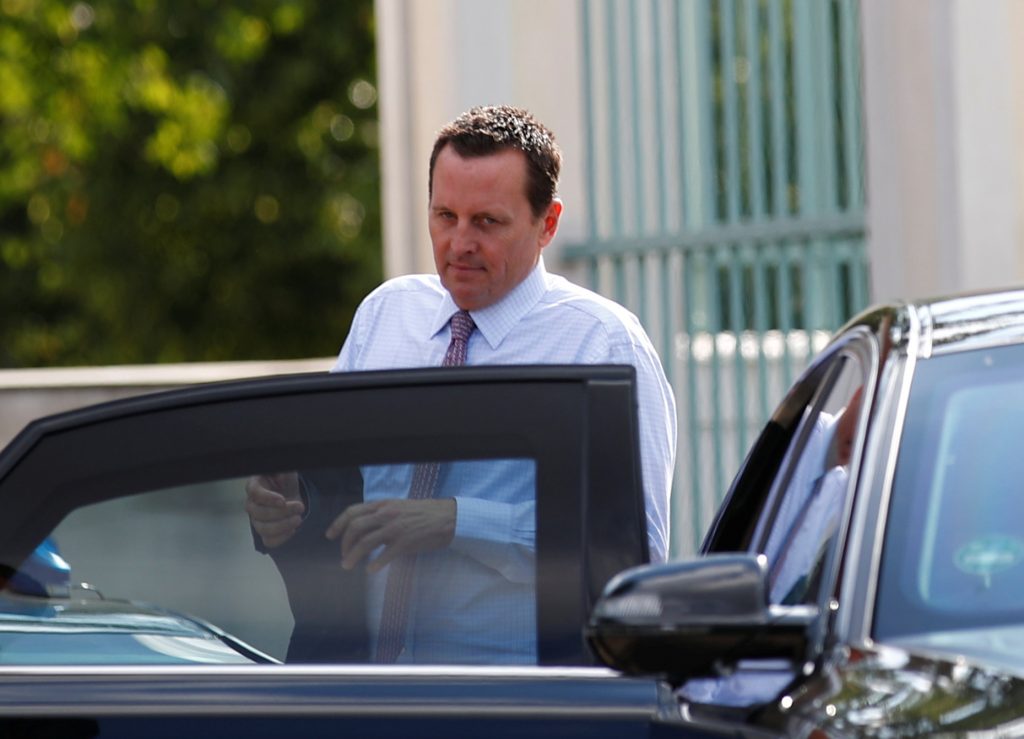 The U.S. ambassador to Germany has called on Berlin to block an Iranian bid to withdraw large sums of cash from bank accounts in Germany to offset the effect of new U.S. financial sanctions imposed after Washington withdrew from a 2015 nuclear deal.

Richard Grenell, a longtime critic of the accord, told the mass-circulation daily Bild that the U.S. government was extremely concerned about Tehran’s plans to transfer hundreds of millions of euros in cash to Iran.

“We encourage the highest levels of the German government to intervene and stop the plan,” Grenell told daily newspaper Bild.

Grenell has adopted a more outspoken role than his predecessor since arriving in Berlin in May, drawing criticism for what some German politicians view as meddling in German politics.

A German Finance Ministry spokeswoman on Monday said German authorities were examining the Iranian request. The ministry had no immediate comment’s on Grenell’s comments.

Bild first reported on Monday that German authorities were considering a request by Iran to withdraw 300 million euros ($350 million) from bank accounts held in Germany and to transfer the cash to Iran.