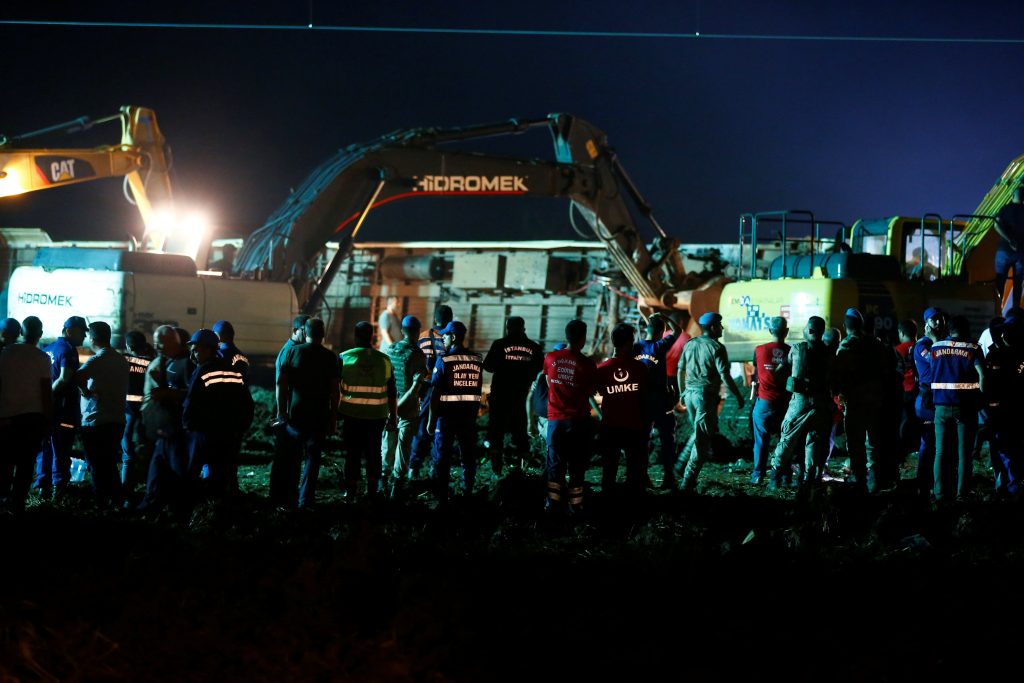 Twenty-four people were killed in northwest Turkey when a train headed for Istanbul derailed following heavy rain and a landslide, authorities said on Monday, making it the worst train disaster in the country in more than 14 years.

Two train drivers were summoned for questioning by police on Monday over the accident, state news agency Anadolu reported.

Footage by Demiroren news agency from the scene showed at least five wagons lying on their side while workmen wearing helmets examined the tracks and bulldozers moved to remove the wreckage.

The train had departed from Corlu, a district in the northwestern Turkish province of Tekirdag, about 75 miles west of Istanbul. Heavy rains had eroded the earth under the tracks, leaving a gap under the rails, Transport Minister Ahmet Arslan said late on Sunday.

Critics on social media shared pictures of the eroded land below the train tracks, saying the infrastructure was poor and the railroad was not properly maintained. Arslan said the latest inspection had been carried out in April.

The accident was the deadliest rail disaster in Turkey since January 2004, when a high-speed train derailed in the northwestern district of Pamukova, killing 41 people.