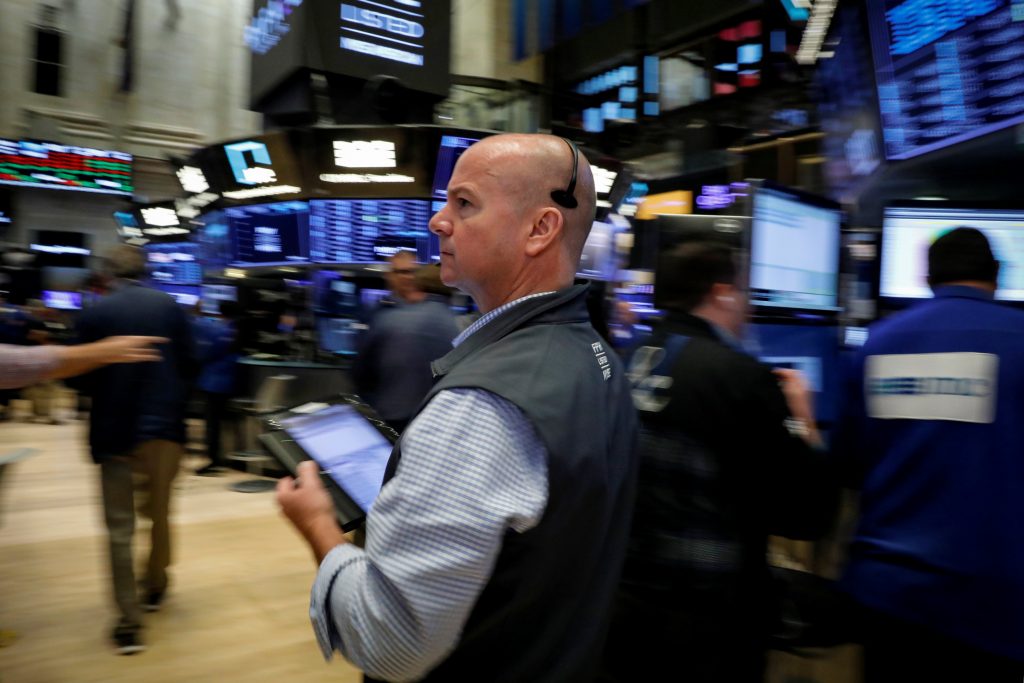 U.S. stocks rose on Friday, as stronger-than-expected jobs growth in June and a surge in Biogen’s shares eased concerns about an escalating U.S.-China trade dispute after the two countries slapped tariffs on each other’s imports worth $34 billion.

Biogen jumped 15.6 percent and was on track for its biggest percentage gain in over seven years after the company and Japanese drugmaker Eisai Co said their Alzheimer’s drug showed promise in a mid-stage trial.

The gains were broad-based, with all the 11 major S&P indexes and 27 of the 30 Dow components rising.

The moderate wage growth allayed fears of a strong build-up in inflationary pressures, keeping the Federal Reserve on a path of gradual interest-rate increases.

“Today’s number really doesn’t indicate that wage pressures are getting out of hand, [and] that’s a positive for the market,” said Anthony Saglimbene, global market strategist, Ameriprise Financial Services in Troy, Michigan.

Disputes between the United States and its partners over trade has rippled through financial markets since early March, when President Donald Trump first threatened tariffs on metal imports.

In his latest trade salvo, Trump warned that the United States may ultimately target over $500 billion worth of Chinese goods, an amount that roughly matches its total imports from China last year.

“You’re going to get some stalling of the market, should trade issues begin to accelerate,” said Gerry Sparrow, a portfolio manager for Interactive Brokers Asset Management, a Boston-based online investing company.

Besides Biogen, technology heavyweights Apple, Microsoft, Facebook and Amazon provided the biggest boost to the markets.