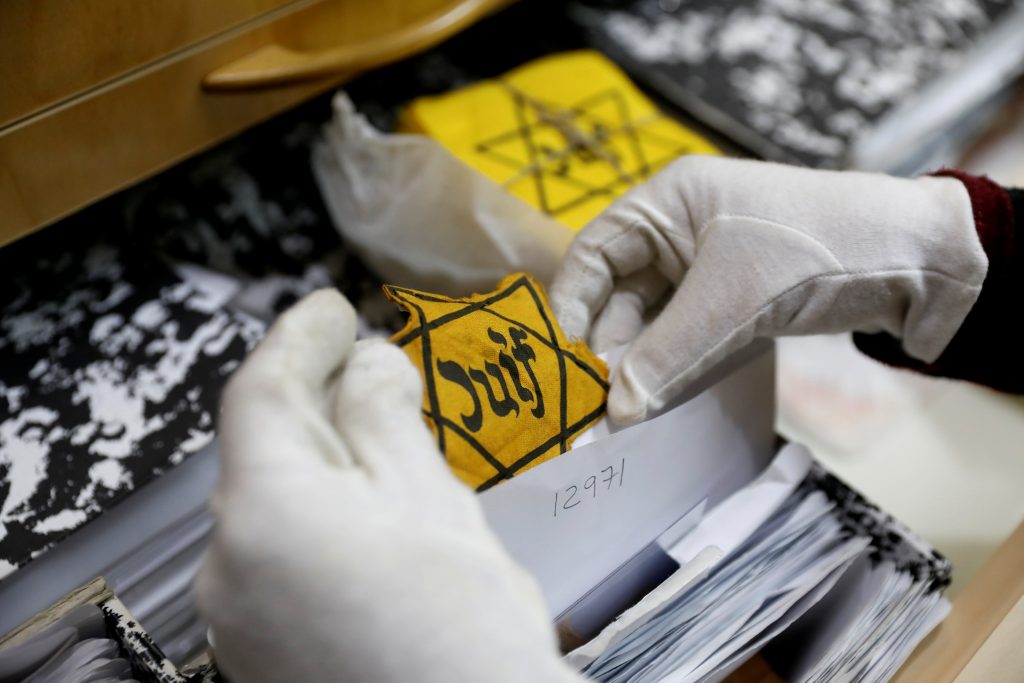 Prime Minister Binyamin Netanyahu was sharply criticized Thursday by both coalition and opposition members, as well as by Holocaust research institute Yad Vashem, over his joint declaration with Polish Prime Minister Mateusz Morawiecki on the Polish parliament’s amendment of a law that sought to criminally punish anyone who said that Polish citizens were involved in the murder of the country’s millions of Jews during the period of the Holocaust.

In a statement Thursday, Yad Vashem said the declaration “contains grave errors and deceptions,” denying the historical fact that Poles, either inside or outside the country during World War II, “did not resolutely act on behalf of Poland’s Jewish citizens at any point during the War. Much of the Polish resistance in its various movements not only failed to help Jews, but was also not infrequently active in persecuting them.”

Even the supposed amendment of the law – which supposedly removed the threat of jail time for anyone who stated that Poland was in any way responsible, or shared responsibility for the murder of Polish Jews – was “deceptive. The essence of the statute remains unchanged even after the repeal of the aforementioned sections, including the possibility of real harm to researchers, unimpeded research, and the historical memory of the Holocaust.” The declaration, Yad Vashem said, contradicts “decades of historical research,” essentially whitewashing the collaboration with the Nazis of many Poles, and the failure of the country’s leadership to help save Jews.

The declaration signed by Netanyahu and Morawiecki appeared in full-page ads taken out in Israeli newspapers Thursday. In the declaration, the two say that they “reject the actions aimed at blaming Poland or the Polish nation as a whole for the atrocities committed by the Nazis and their collaborators of different nations. Unfortunately, the sad fact is that some people – regardless of their origin, religion or worldview – revealed their darkest side at that time.” Both Israel and Poland, they added, “vehemently condemn all forms of anti-Semitism and express their commitment to oppose any of its manifestations. Both governments also express their rejection of anti-Polonism and other negative national stereotypes.”

Also slamming the declaration was Education Minister Naftali Bennett. “As Education Minister, responsible for the educational legacy of the Holocaust, I reject the joint statement completely,” he said in a statement. “The declaration is void of any historical value, and nothing that it represents will be taught in our school system. I demand that the Prime Minister either withdraw his name from it, or bring it to the government for approval,” Bennett wrote, adding that it was “a disgrace, full of lies and untruths, and a violation of the memories of the many Jews who were murdered by Poles.”

Opposition members also censured Netanyahu for the declaration. Zionist Camp MK Tzipi Livni said that “the shame that Netanyahu has brought to the memory of Holocaust victims will be long remembered.” According to MK Itzik Shmueli, “a Prime Minister who trades in the memory of Holocaust victims for political or business interests cannot remain head of the Jewish state for one day longer.” Yesh Atid head Yair Lapid said that “200,000 Jews were killed directly by Poles in the Holocaust,” with no help from the Nazis. “We should not have had negotiations over this law – we should have withdrew our ambassador.”

In a statement Thursday afternoon, Netanyahu’s office responded to the criticism by Yad Vashem by saying that the institution’s chief historian helped write the joint declaration. “The comments of the historian, Professor Dina Porat, were confirmed by her before the declaration was issued. The declaration includes a section that states that historians are free to do research on the Holocaust, and no law will prevent this in the future,” the statement said.