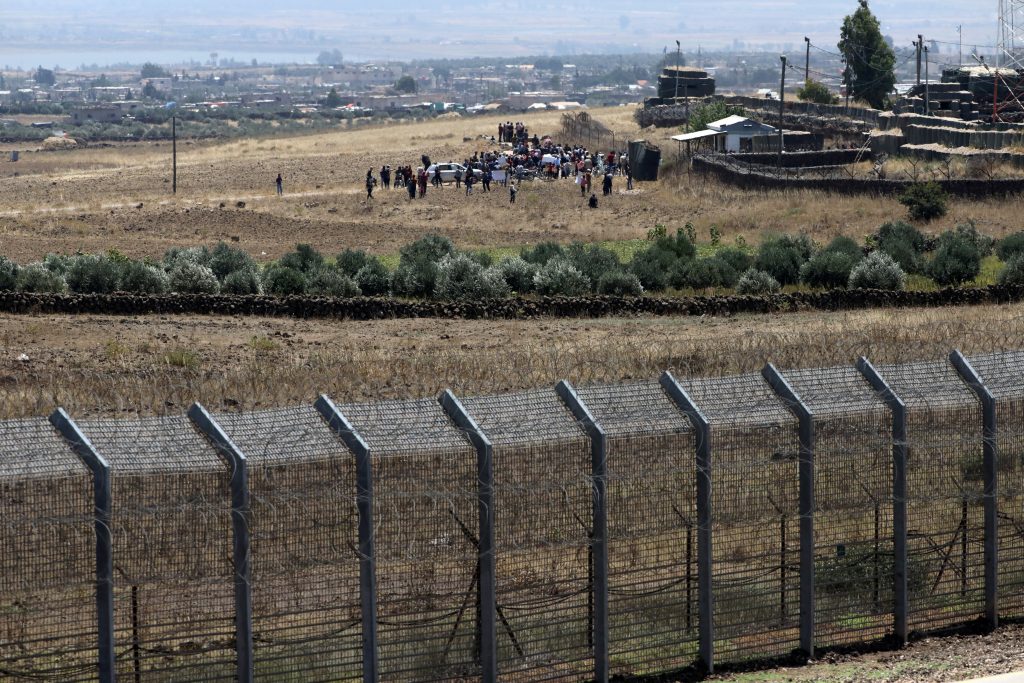 Public Security Minister Gilad Erdan warned Syria on Thursday that Israel could attack Syrian forces if they were deployed in a border zone subject to a 44-year-old U.N. demilitarization agreement, building on their rout of Syrian rebels in the region.

Backed by Russia, Syrian President Bashar al-Assad launched an offensive last month to regain the southern Deraa region, driving thousands of refugees toward the Israeli side of the Golan Heights. Israel reinforced its tanks and artillery there as a precaution.

Prime Minister Binyamin Netanyahu, who meets Russian President Vladimir Putin in Moscow next week, called on Sunday for the preservation of a 1974 Israeli-Syrian armistice barring or limiting military build-ups by either side around the Golan.

“We must verify and do everything to clarify, vis-à-vis the Russians, the Assad government, that we will not accept any armed presence by the Assad regime in the areas which are meant to be demilitarized,” Public Security Minister Gilad Erdan told Yediot Acharonot on Thursday.

He cited, as precedents, Israeli airstrikes carried out in recent months against Syrian facilities deemed to have been used in attacks on Israel or by Assad’s Iranian reinforcements.

“Here, too, if there is a violation, and certainly in the southern Syrian region which is close to the citizens of the State of Israel, and a bringing of weaponry that should not be there, Israel will take action,” Erdan said.

A March report on the activites of the U.N. Disengagement and Observer Force (UNDOF) on the Golan said Syria’s military maintained positions which violated the 1974 accord, as did Israel’s deployment of 155 mm artillery, Iron Dome antimissile systems and related equipment.

Neighboring Jordan also feels threatened by the Deraa offensive, which the United Nations says has displaced more than 320,000 people and which is expected to roll on toward the rebel-held parts of Quneitra province close to the Golan frontier.

Amman brokered truce talks between Syrian rebels and Russia but they broke down this week.