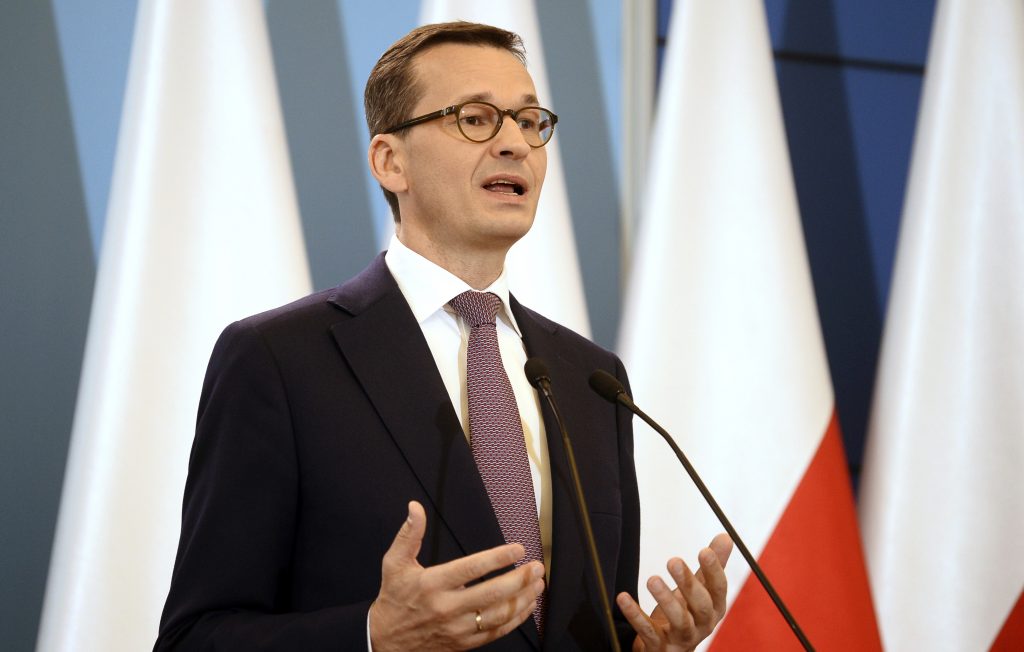 This past January, the Polish government tipped off a wave of controversy with passage of a law that criminalized a broad swath of statements that it identified as unfairly blaming the Polish nation for the atrocities of the Holocaust.

Last week, within the span of a few hours, a bill was introduced, passed and signed by the nation’s parliament that reversed the law’s most provocative aspect — the threat of jail time. Within moments the move was welcomed in a joint statement by Polish Prime Minister Mateusz Morawiecki and his Israeli counterpart, Prime Minister Binyamin Netanyahu, whose government had been among the most outspoken critics of the original legislation.

Poland had faced pressure over the bill for months from Israel, the United States and a number of Jewish organizations who said it was an attempt to silence research into Polish collaboration with Nazi occupiers during the Second World War, and that it would inevitably chill scholarship on the subject. Yet, since its enactment, the government showed little sign of moving to make amendments, save a statement by President Andrzej Duda upon signing the bill, that said his country’s constitutional court would review the legislation and commit to adjust according to their guidance. The government’s steady support for the law and persistent claims that its chief purpose was to address terms such as “Polish death camps” that mistakenly blame the nation for the Nazi policy of genocide, made it seem increasingly unlikely that any changes were in the offing. As such, when the amendment was passed at lightning speed, followed by the release of a joint Polish-Israeli statement, many who had followed the matter closely were caught by surprise.

“I was completely taken by shock,” Poland’s Chief Rabbi Michael Schudrich told Hamodia. “They [the government] knew what the Jewish community’s opinion of the law was, but no one that I know had any idea this was happening.”

On the question of what motivated the quick change in direction, Rabbi Schudrich pointed to the statement as an obvious sign of “coordination” between Poland and Israeli officials on the issue, and added that criticism from the U.S. and Jewish groups had certainly played a role as well. Yet he also pointed to a lack of broad support within Poland as a likely factor.

“More than half the country was against it, and those are the people who vote for these guys, so if they want to stay in power that is something they have to take into consideration,” he said. “It seems the Israelis got this over the top, but I think the way to that point was a cumulative effect of pressure from different places. It was hurting Poland’s international standing, and they decided that they just wanted to get on with their relations with Israel, the U.S., and Jewish communities.”

Rabbi Schudrich added that he felt the government’s willingness to correct what many saw as an error was admirable.

“You can always criticize and say that it should have been done better, but in a sense, I feel there is something very important in the government being willing to re-evaluate its actions and to change,” he said.

When Israel initially emerged as the leader of international opposition to the Holocaust speech law, there was criticism of what was seen by many as inaccurate and inflammatory rhetoric by Israeli politicians. In Poland, this sentiment was widely shared, even by many who were equally opposed to the legislation itself. As such, the joint statement that welcomes the amendment and reaffirms friendship and partnership between the two countries, but also largely embraces the original goals of Poland’s law, has raised questions.

Konstanty Gerbet, a journalist and Jewish activist who has been an outspoken critic of the law as well as of the ruling Law and Justice party in general, said the rapidity with which the amendment was passed and signed into law betrayed political deal-making and said that the desire to move past the controversy was likely not one-sided.

“It is not unfounded to say that right now Israel might need Poland more than Poland needs Israel,” he told Hamodia, referring to a desire to protect and increase economic and other ties between the two nations. “Netanyahu might have been willing to eat a lot of frogs to make this problem go away.”

A Warsaw-based Holocaust researcher, who asked that his name be withheld, told Hamodia that the nature of the deal reached between Israeli and Polish negotiating teams was “mysterious.” He explained that even though the government has agreed to decriminalize the law, the six-point joint statement that condemns all crimes of the Holocaust and calls for open and honest research, but also emphasizes the role of the wartime Polish government-in-exile and resistance forces in protecting and working to save Jews, makes the agreement sealed with Israel a partial victory for supporters of the legislation.

“The main goal both governments seem to have wanted has less to do with the law than with producing this statement. While the language of this agreement talks about history, the message is obviously very political,” he said. “It is true that the government in exile and underground did some noble things to help Jews, but there is another side too, and the facts are much more complex. This makes it seem as if they were absolutely obsessed with saving Jews, which is not the case, and now they have Netanyahu’s signature to confirm their oversimplified version of the facts.”

Since 2016, when the Euro-skeptic Law and Justice Party took power in Poland, the nation has been increasingly at odds with European Union leadership as well as with several western European powers. That, combined with threats from an increasingly hostile Russia, have made friendly relations and cooperation with the United States all the more essential. Long-held hopes for an American troop presence in Poland, many have conjectured, might have been key in pushing Poland back on the most divisive element of its Holocaust law.

“The Israeli reaction [when the law was passed] was probably more or less expected, but when the Trump administration condemned it, they [the Polish leadership] were flabbergasted,” said Mr. Gerbet. “A U.S. military presence has always been a top priority for everyone. I still don’t think they will get it, but it was clear that as long as this law was in place, it was off the table, so they decided to admit it was a failure, cut their losses, and run.”

While the amendment decriminalizes holding Poland as a nation responsible for the Holocaust or the use of terms that imply that to be the case, remaining parts of the law are still in place, and those seen to be in violation of it are still subject to civil suits.

The Warsaw-based Holocaust researcher felt that study of Polish collaboration would still be muted even after the criminal aspects have been struck from the law.

“The government has sent a clear message to those who are revealing inconvenient truths, especially about the fate of Jews who went into hiding, which is the most risky area to speak about in Poland today, since so many of them were betrayed and it hurts the image of the heroic wartime record,” he said. “The Polish Academy of Arts and Sciences has done a lot of research on this and they are constantly under attack for it.”

Even in its original form, the law explicitly exempted academics and others formally engaged in Holocaust research from its penalties. Mr. Gebet said the intention was not to attack scholarship, but rather to “intimidate” teachers and journalists, and that that goal was achieved.

“This was never about sending anybody to jail. Right after the law was passed I published a very strong article about collaboration and nothing happened to me; the last thing they would want is a public trial with international attention,” he said. “The goal was to send a message that ‘if you know what’s good for you don’t delve into these matters’.”