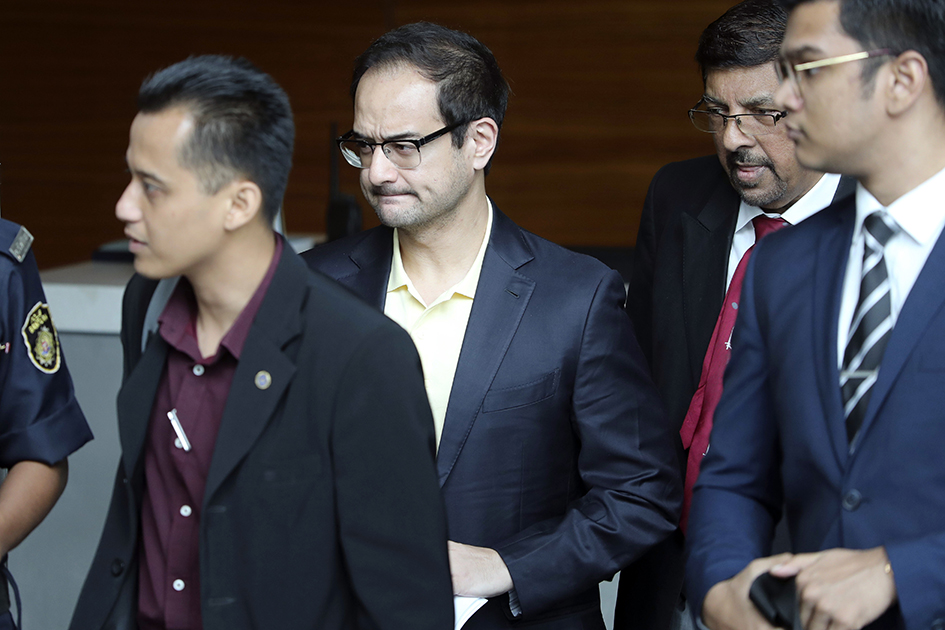 Former Malaysian Prime Minister Najib Razak was arrested Tuesday by anti-graft investigators and will be charged over his alleged role in the multibillion-dollar looting of a state investment fund.

It said in a brief statement that Najib will be brought to court on Wednesday to be charged, but didn’t give details of the charges against him.

Najib’s arrest comes nearly two months after his coalition’s stunning rejection by voters in a May 9 general election.

The new government has reopened investigations into 1MDB that were stifled under Najib’s rule. Najib and his wife, who have been questioned over the SRC issue by the antigraft agency, have been barred from leaving the country. Police have also seized jewelry and valuables valued at more than 1.1 billion ringgit ($272 million) from properties linked to Najib, who has denied any wrongdoing.

The anticorruption agency earlier Tuesday questioned Riza Aziz, Najib’s stepson, as it stepped up its probe on 1MDB. Riza was solemn as he arrived at the antigraft office and didn’t speak to reporters.

The civil suit against Red Granite was part of an effort to recover some of the $4.5 billion that U.S. prosecutors say was stolen from 1MDB. They say hundreds of millions from 1MDB landed in Najib’s bank accounts.

The 1MDB government task force this week said 408 bank accounts involving funds of nearly 1.1 billion ringgit had been frozen. It said the accounts, belonging to 81 people and 55 companies, are thought to have received funds from 1MDB between 2011 and 2015.