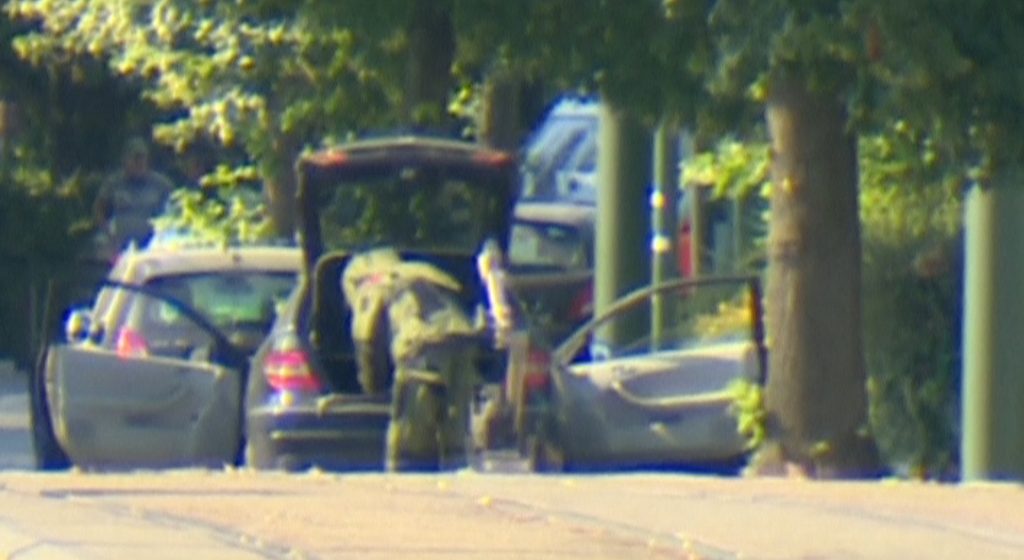 Austria is stripping an Iranian of his diplomatic status after he was arrested in Germany in connection with a suspected plot to bomb an Iranian opposition group’s meeting in France, the Austrian Foreign Ministry said on Tuesday.

Two suspects in Belgium were intercepted by Belgian police on Saturday with over a pound of the homemade explosive TATP and a detonation device found in their car, Belgian authorities said.

The diplomat, 46-year-old Assadollah A., was arrested in Germany, suspected of having been in contact with the two arrested in Belgium, the statement said.

Three other people were also arrested in France in connection with the case, two of whom were released.

“The Iranian diplomat will be denied diplomatic status within 48 hours because of the existence of a European arrest warrant,” Austria’s Foreign Ministry said in a statement. The ministry summoned the Iranian ambassador on Monday to help clarify the situation around the diplomat’s arrest, it said.

Iran has denied a plot to blow up the opposition meeting and called the arrests a “false flag ploy.”

Donald Trump’s lawyer Rudy Giuliani as well as former European and Arab ministers attended last weekend’s meeting of the Paris-based National Council of Resistance of Iran (NCRI) – an umbrella organization of opposition groups in exile that seek an end to Shiite Muslim clerical rule in Iran.