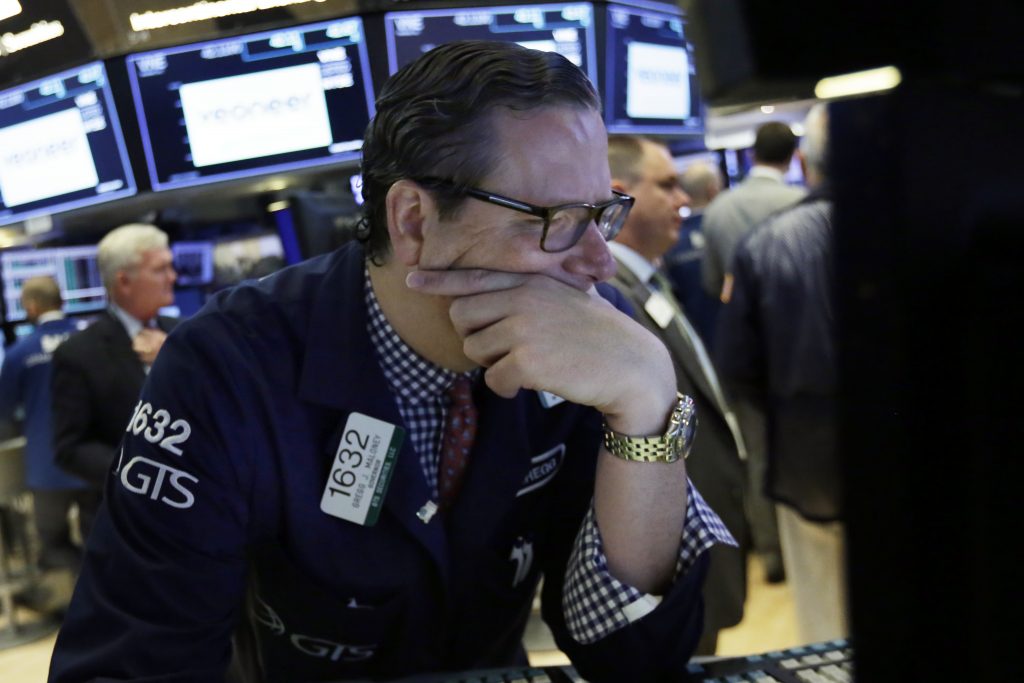 The benchmark S&P 500 index has posted losses the past two weeks. U.S. stock markets will close early at 1 p.m. ET Tuesday ahead of the Independence Day holiday on Wednesday.

THE QUOTE: “You saw some of the more tariff-sensitive stocks a little bit weaker on the opening,” said JJ Kinahan, chief market strategist for TD Ameritrade. “It’s all headline news trading.”

TRADE JITTERS: Investors continued to focus on escalating global trade tensions. The European Union warned the Trump administration Monday that it might slap tariffs on $300 billion of U.S. exports in retaliation for President Trump’s threatened tariffs on European cars. On Sunday, Canada started imposing tariffs on billions of dollars of U.S. goods in response to the Trump administration’s duties on Canadian steel and aluminum. Meanwhile, the U.S. is set to impose a 25 percent tariff on up to $50 billion of Chinese products starting this Friday. In response, China has said it will raise import duties on $34 billion worth of American goods.

OIL: Trump claimed over the weekend that Saudi Arabia will raise oil production by “maybe up to 2,000,000 barrels” in response to turmoil in Iran and Venezuela. This is higher than the 1 million barrels-a-day increase that OPEC countries have agreed on, sending oil futures on a decline. Benchmark U.S. crude reversed an early slide, rising 4 cents to $74.19 a barrel in New York. Brent crude, used to price international oils, declined $1.36, or 1.7 percent, to $77.87 in London.

DROPPING THE BALL: Nike declined 2.8 percent to $77.44 after the athletic shoe and apparel company lost a major endorsement deal.

GOING PUBLIC, AGAIN: Tracking shares in computer maker Dell gained 7.6 percent to $90.97 after it announced it would go public again after five years as a private company. Meanwhile, shares in VMWare jumped 10.8 percent to $162.78 on speculation that Dell may buy the rest of the business software company, which will also issue a special dividend to shareholders.

DISCOURAGING DATA: China’s manufacturing activity slowed in June, adding to concerns that the economy is cooling due to tighter government controls on lending. Meanwhile, the Bank of Japan’s “tankan” survey measuring confidence among large-scale manufacturers was at 21 points, down 3 from the March survey, which was the first decline in two years.

BOND YIELDS: Bond prices were little changed. The yield on the 10-year Treasury held at 2.86 percent.