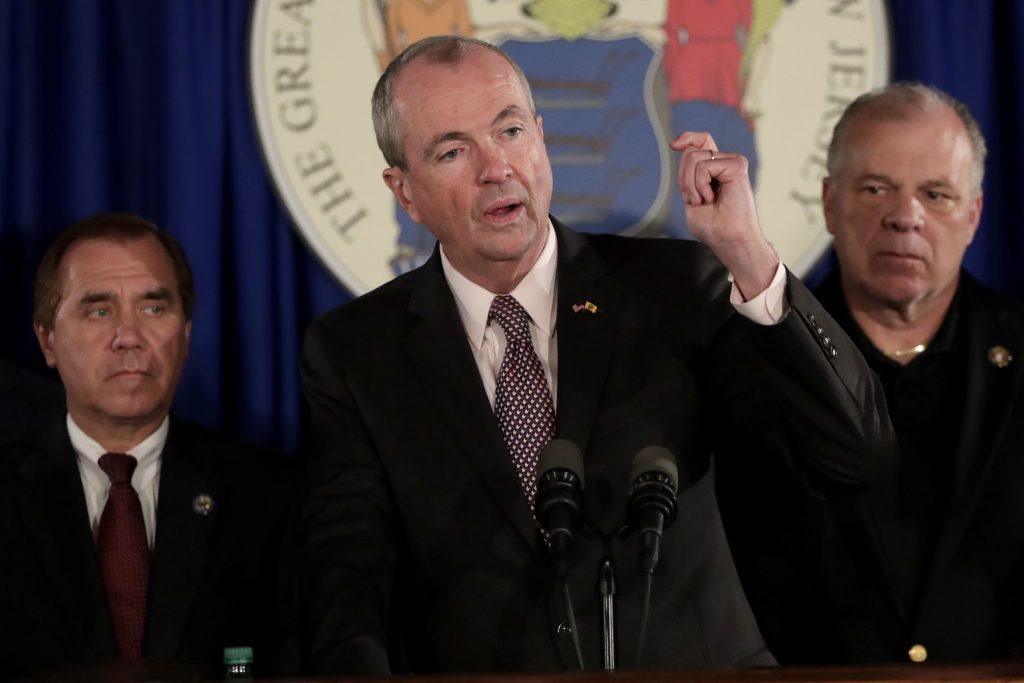 New Jersey Gov. Phil Murphy and Democratic legislative leaders reached a deal Saturday night on a $37.4 billion budget that hikes taxes on the wealthy and some businesses and averts the state’s second consecutive government shutdown.

Just hours ahead of a midnight deadline, the Democratic governor announced the deal with Assembly Speaker Craig Coughlin, Senate President Steve Sweeney and other lawmakers at his office. They mended disagreements over which taxes to raise and presented a budget that boosts spending in the pension, transit and education.

The announcement means the state’s parks, beaches and Motor Vehicle Commission will remain open as the July 4 holiday approaches. Last year, Republican Gov. Chris Christie and the Democrat-controlled Legislature failed to agree on a budget and state government was shuttered for three days. It ended after photos of Christie sitting on a public beach that was closed because of the shutdown created a national stir.

“Today the era of budget gimmicks is ending and the era of a stronger and fairer New Jersey for every family is just beginning,” Murphy said.

The deal finances spending increases by raising the income tax on people making $5 million and above from 8.97 percent to 10.75 percent. It also raises the business tax on companies making more than $1 million by an average of 2 percent over four years. The increase expires after four years.

There will be no broad sales tax increase as part of the deal, though that tax will be levied on e-cigarettes and lodgings like Airbnb. But the agreement doesn’t include a tax hike on rental properties at the shore or real estate transactions, proposals that were considered earlier this week.

The clash over raising taxes got heated at times, with Murphy and Sweeney comparing one another to Republican Chris Christie, who left office this year.

Much of the debate has centered on how much to raise taxes. Murphy has made a tax on income over $1 million — a key campaign promise backed by liberal organizations and labor — a sticking point.

Lawmakers worried millionaires would flee the state, and instead sent Murphy a $36.5 billion budget paid for in part by a tiered hike in the tax on business, which they say firms can afford because of the federal tax cuts.

In the end, Murphy said he agreed to levy the higher income tax on people making $5 million because lawmakers agreed to the 10.75 percent, up from their earlier proposal of 9.95 percent.