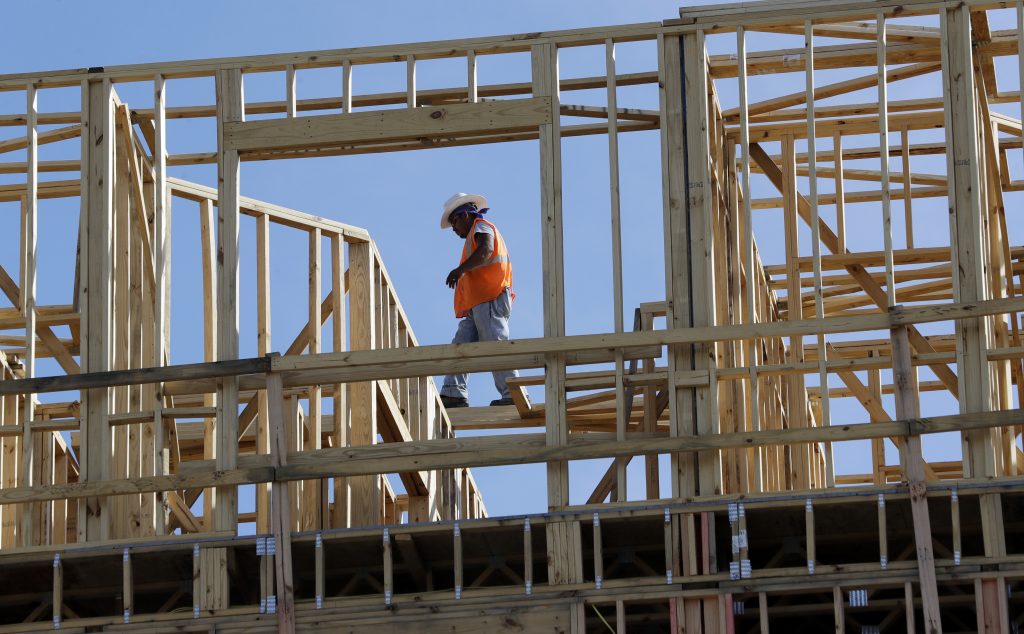 U.S. economic growth in the first quarter was revised down to a lackluster 2 percent — a sharp deceleration and the poorest showing in a year. But economists expect a significant rebound in the current quarter, forecasting a sizzling growth rate of 4 percent or more.

The Commerce Department said Thursday in its final estimate for the January-March quarter that gross domestic product, the country’s total output of goods and services, was even weaker than previously thought. Lower numbers from consumer spending and business inventories helped trim 0.2 percentage points off last month’s estimate that GDP had grown 2.2 percent in the January-March period.

But recent economic reports, including consumer spending, have looked strong and point to far better growth in the April-June quarter.

A GDP forecasting gauge produced by the Federal Reserve’s Atlanta regional bank is projecting GDP growth of 4.5 percent this quarter, an estimate that is in line with many private forecasters. That would be the strongest GDP performance since a 5.2 percent gain in the third quarter of 2014.

Forecasters at Oxford Economics said they expected second quarter growth to come in at 5 percent with the economy “underpinned by strong consumer outlays, robust business investment and positive trade and inventories contributions.” But they cautioned in a research note that rising trade tensions stood out as a risk, if businesses grow cautious about how the backlash to the administration’s policies could affect their sales prospects.

The first quarter GDP figure is a notable slowdown from 2.9 percent GDP growth in the fourth quarter and gains above 3 percent in the second and third quarters of 2017.

President Donald Trump has often cited this string of strong GDP numbers as evidence that his economic program of deregulation, tax cuts and strong enforcement of trade deals is working. However, private economists believe that the current economic boost from the $1.5 trillion tax cut that Congress approved in December will be short-lived.

Sung Won Sohn, chief economist at SS Economics in Los Angeles, said he is forecasting growth this year and next year of close to 3 percent, but then a slowdown to less than 1 percent in 2020.

“We are boosting economic activity artificially now, so there will be a payback in the future,” Sohn said. Some analysts believe the weakness in 2020 — a presidential election year — could be severe enough to raise the prospects of a recession.

The administration is not forecasting any slowdown, projecting annual GDP growth will rise to 3 percent and stay there for the rest of the decade.

The first quarter figure primarily reflected weaker consumer spending, which slowed to growth at a rate of just 0.9 percent, the worst showing since the spring of 2013. However, that slowdown followed a 4 percent surge in spending in the fourth quarter. Analysts believe consumer spending — which accounts for 70 percent of economic activity — has accelerated in the current quarter.

Businesses were more restrained in re-stocking inventory. That also held back growth in the first quarter.

The nation’s trade deficit was a slight drag on growth in the first quarter, as export growth slowed. Government spending at both the federal and state and local levels boosted growth, though not as strongly as in the fourth quarter.