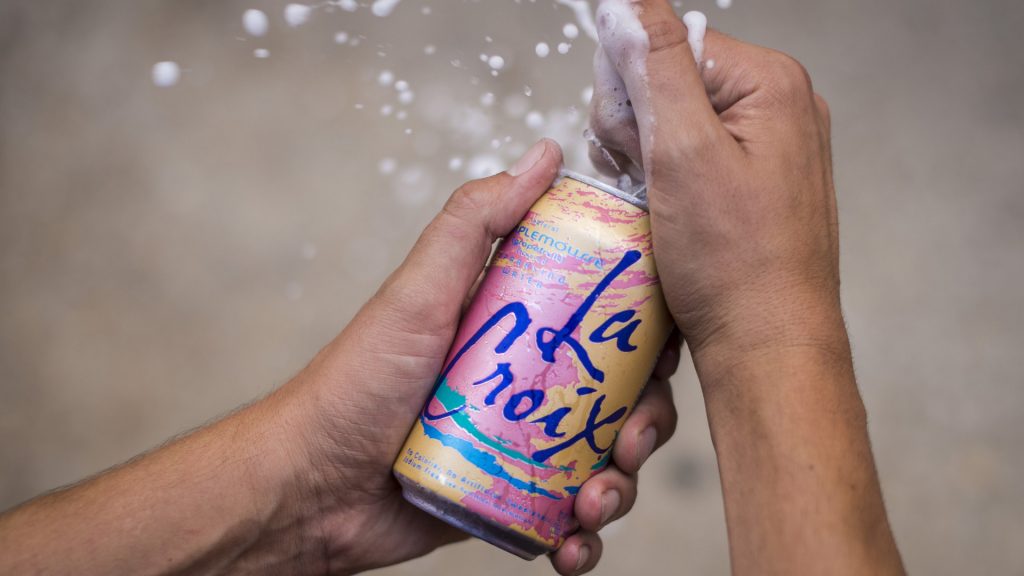 The owner of LaCroix Sparkling Water may be best known for its fizz and its swagger.

The company, Florida-based National Beverage Corp., famously refuses to disclose what’s behind the flavors in its sparking water, besides “natural essential oils.” Its stock has shot up more than 500 percent over the last five years as health-conscious consumers give up sugary and artificially-sweetened sodas in droves and the fizzy alternative built a cult following.

National Beverage’s chief executive, Nick Caporella, an 81-year-old industry veteran worth more than $4 billion, owns more than 70 percent of the company’s stock. He’s known for his patriotic defense of the company. “We are making history with our innovation and America is getting healthier by our pledge,” he said in one statement, with the word “NEWS” at the top of the release highlighted with the American flag.

But some of that boasting appears to have caught the attention of the Securities and Exchange Commission.

The SEC recently inquired about some public statements made by the company last year. In a May 4, 2017 news release, Caporella lashed out at Maxim Group, a New York investment banking firm that Caporella said had criticized National Beverage. “I am certain Maxim’s ultimate goal is to create havoc and deliberately misguide investors in order to profit from a short position,” Caporella said. (Holding a “short position” means the investor is betting the company’s stock price will fall.) A Maxim spokesman could not be reached for comment.

The next day, Caporella wrote another news release to brag that “fellow fizz” shareholders would be receiving another special cash dividend. But he also returned to the topic of short sellers. “Some shareholders are earning fees while enabling speculators to ‘short’ our stock,” he said. “This is hardly loyal behavior in my eyes and goes against fiduciary allegiance.”

In both statements, Caporella touted two “proprietary techniques” that National Beverage had used to help speed its growth – velocity per outlet, or VPO, and velocity per capita, or VPC. The VPO calculator is “flashing green numbers,” he said. Retailers were “amazed” by these methods, the statement said, and want them used as “frequently as possible.”

But what are VPO and VPC? The SEC asked National Beverage to explain the measures and reminded the company that it must stand by the accuracy of such public statements. The Wall Street Journal first reported the existence of the news releases.

National Beverage provided some context to the regulator, but appeared to shy away from sharing more. “This information is as secretive as the formulas of our beverages and should not be disclosed to our competition,” Gregory P. Cook, National Beverage’s controller, said in a response to the SEC.

Last month, the SEC said it had completed its review of the matter. The regulator declined to comment on the review.