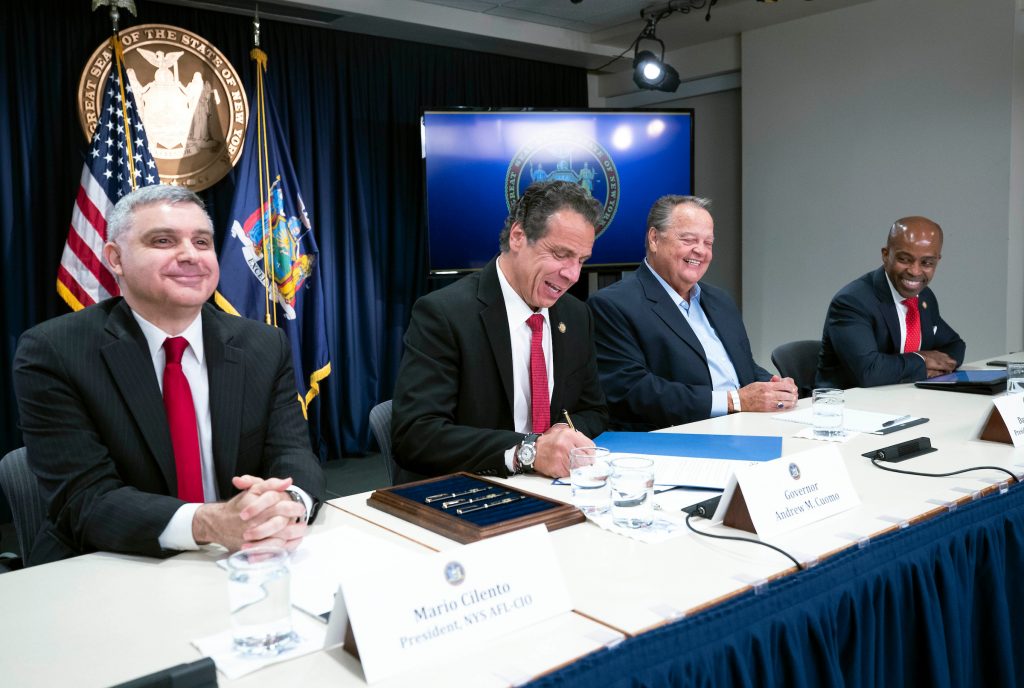 The leader of New York state’s largest public-sector union went for over-the-top insults on Wednesday, comparing President Donald Trump to Hitler, Mussolini and Stalin after the U.S. Supreme Court ruling that government workers can’t be forced to contribute to unions.

CSEA President Danny Donohue called the president “that lunatic in the White House” during an appearance in Manhattan with other labor leaders and Gov. Andrew Cuomo.

“If his idea of freedom is just do what I tell you, I know some people named Hitler, Mussolini and Stalin who he could have mentored,” Donohue said.

Cuomo, who has himself repeatedly criticized Trump’s policies, sat largely expressionless during the remarks, offering only a polite smile. He was measured when asked about the comments.

“I have political differences with this president, no doubt,” he told reporters.

In response to Wednesday’s ruling, Cuomo signed an executive order exempting the home addresses and phone numbers of public workers from open records requests. Cuomo said such information could be used by anti-union groups to harass union members — though such information could already be withheld under current law.