Time to Think Together 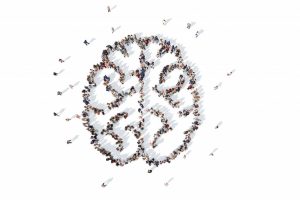 As we prepare to enter into the three-week period of mourning for the destruction of the Beis Hamikdash, concepts like ahavas chinam and achdus — which are of course applicable all year — invariably rise to the forefront of our communal conscience. The challenge is how to apply these vital and lofty concepts to our daily lives in a tangible and concrete way.

We live in an era in which we face weighty challenges from without and within. With their membership rolls dwindling and belief in their own dogma crumbling, in a desperate attempt to remain relevant, leaders of the Reform and Conservative movements continue to do all they can to export their desecration of all things holy to Eretz Yisrael. Their efforts to violate the sanctity of the Kosel and force the acceptance of non-halachic giyur continue unabated.

With weeks left before a High Court deadline, there is growing concern about the crisis regarding the ability of yeshivah students in Eretz Yisrael to continue learning Torah without hindrance. In the United Kingdom, the Jewish community is facing an unprecedented governmental challenge to the purity of the chinuch system. In the United States, the threat to our mosdos hachinuch comes also from within, as a handful of individuals who have turned their backs on the community that raised them give no sign of backing off their campaign of dismantling our hallowed system.

On one hand we are faced with constant reminders that no matter where we live, we are still in galus. On the other hand, we, too, often forget or ignore this fact, which itself poses a grave danger.

At the same time, we struggle mightily in our efforts to create a united front in dealing with these challenges. While the amount of chessed and mesirus nefesh our community exhibits on a constant basis to helping one another is unparalleled, tolerance and understanding for other Torah Jews who disagree with us on some issues is harder to find.

In the past few weeks alone, our mailbox has received its share of sharply written letters and emails, using third or fourth-hand information to deplore the actions of total strangers. In one typical case, we received a lengthy essay strongly criticizing a portion of a speech that was given by a leader at a gathering of members of his own community. The writer, who lives some 6,000 miles away and probably never met the specified leader, did not hesitate to repeatedly name the leader he was attacking, but stressed that while he felt it was very important to publish the letter, his name should be withheld.

The sacred obligation to subjugate oneself to his or her own spiritual leaders should never be done at the expense of other Torah leaders. One of the most damaging influences of contemporary secular society is the total lack of reverence for those older and wiser than we. Reb Yom Tov Ehrlich famously put it in his song about Mattan Torah: When it comes to the obligation of honoring one’s parents, America suffices with Mother’s Day. On social media, blogs, and even everyday conversations, it often appears that respect for our Gedolim doesn’t even get that much.

Along with this poisonous lack of reverence has come both a lack of empathy and a false assumption of security. The true reason to care about the pain of another and to show sensitivity to the feelings and tribulations of others is because of our obligations to them — and not because of how it affects us. But it seems that, in many cases, the erroneous belief that “this could never happen to my family” creates a wall of separation that is not easily bridged.

This is a most propitious time to focus on opening our hearts and minds to try to really understand what another is going through. This is an ideal time to try as much as possible to set aside that which divides us, and — through working together and emphasizing that which unites us — try to find creative solutions to the challenges we face. May the Ribbono shel Olam grant each of us the clarity and courage to do so, and may we merit that these days of mourning become days of celebration.