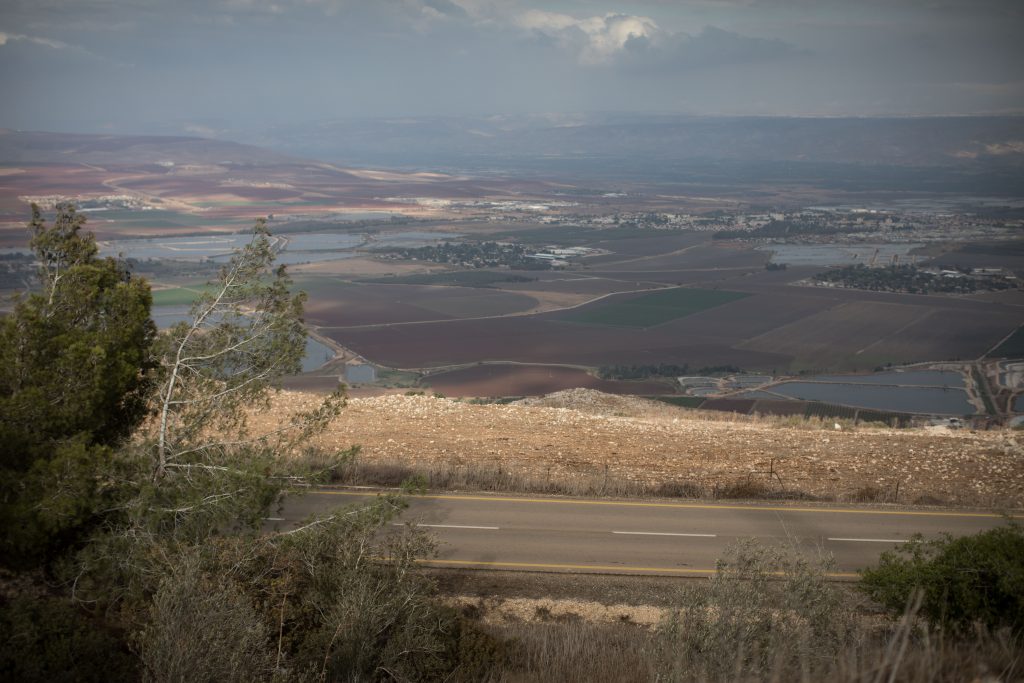 The biggest-ever protest sign in Israel went on display this week – and it was completely natural, carved out of a field of wheat on a farm in the Yizreel Valley in the lower Galilee. The sign’s purpose is to express the disapproval of residents for the proposed construction of an airport in the valley, to serve the growing communities of northern Israel.

The sign, visible from the air, measures 120 meters long and 30 meters high, and reads “No to an airport in the Yizreel Valley.” It is made of 150 stacked bushels of wheat, and weighs 350 kilos, organizers of the protest said.

According to residents, citing environmental experts, an airport located in the valley will wreak havoc with the area’s environment, agricultural resources, health and education, as well as unacceptable levels of noise and pollution that would harm the wildlife in the area. The Yizreel Valley is a key stopover for migrating birds traveling to and from Africa and Europe at various times of the year.

Transportation Minister Yisrael Katz has declared that he intends to build an airport in the area, media reports in 2017 said. As a result of those reports, residents and officials have marshaled their resources to fight the move.

Gili Daygi, one of the leaders of the protest movement, said that “the idea of building an airport here is a perversion of the concept of planning. Every expert who has weighed in on this has said that the valley is the wrong place for an airport. We will not hesitate to do everything possible to prevent this tragedy from occurring.”