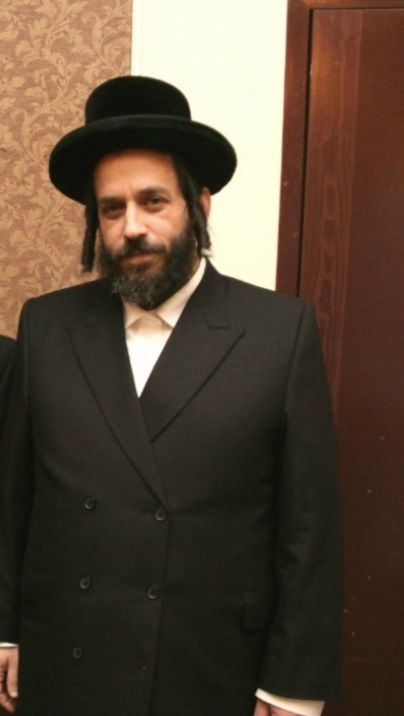 Reb Reuven Chaim Biller, z”l, a beloved mechanech, was tragically niftar in a car accident in the Catskill Mountains on Wednesday afternoon. He was 42 years old and leaves behind a wife and young children.

Thursday afternoon, hundreds of family members, friends, and others shaken by his untimely petirah gathered to bid a tearful farewell a young man cherished by many at a levayah at the Slonimer Beis Medrash on Boro Park’s 46th street.

“What is there to say? It’s a tremendous loss,” said one relative. “He was a very happy and easygoing person, very well liked and, at the same time, when it came to avodas Hashem, to Torah and tefillah or any serious matter, he could be very strong.”

Reb Reuven Chaim was driving Wednesday at around 2:40 p.m. on Harris Bushville Road, in the town of Harris New York, when his car collided head-on with another vehicle, which authorities believe accidentally crossed the median while speeding around a sharp curve.

Local emergency responders and Hatzolah rushed to the scene and transported Reb Reuven Chaim to the nearby Catskill Medical Center. It became necessary to airlift Reb Reuven Chaim to Westchester Medical center, and he was loaded onto a helicopter, but he was niftar before it took off, at around 7 p.m.

The driver of the other vehicle, a 17-year-old woman, suffered minor injuries.

Rabbi Yanky Mayer, director of Misaskim, worked with local authorities to ensure for kvod hameis, and extended his appreciation to Captain Michael Drake, of the New York State Police, for his assistance in hastening the release of the body so as to allow for the levayah to take place as soon as possible.

Reb Reuven Chaim was born and raised in Boro Park. His father, ybl”c, Reb Dovid, was one of the original members of Hatzolah.

Sadly, this is not the first time that tragedy has struck the Biller family, as Reb Reuven’s sister, then a young mother, passed away 12 years ago from an illness. During this difficult period, he focused great attention on his grieving parents, helping them to cope with the loss. Those that knew Reb Reuven praised his tremendous kibbud av va’eim.

As a bachur, he studied in the Slonimer Yeshivah in Bnei Brak and formed a close bond to the Slonimer Rebbe and his Chassidus.

He married Shiffy (nee Mayer) tbl”c, and began a career in chinuch. He taught fourth grade for 14 years before becoming a principal in Mosdos Kehilas Yaakov, Pupa in Boro Park.

For the past eight years, Reb Reuven Chaim served as head counselor at Pupa’s summer camp in Swan Lake. Prior to that, he has been a beloved member of the staff of Skverer-Boro Park’s camp. Reb Reuven Chaim was especially well liked by his talmidim and campers who enjoyed his palpable sense of simchas hachaim. To his own children as well, he was remembered as an especially dedicated father who invested great effort in their chinuch.

At the levayah, Harav Yechiel Mechel Steinmentz, Skverer Dayan of Boro Park, offered divrei hesped, along with several family members. From Boro Park, the aron proceeded to the Pupa Beis Medrash in Williamsburg and then to the Slonimer Beis Medrash of Monsey, where additional hespeidim were delivered. Kevurah was planned to take place in the Monsey beis hachaim.

Reb Reuven Chaim leaves, ybl”c, his wife and eight children, six of whom are yet unmarried, and the youngest of whom is 4 years old.

A Chesed Fund campaign has been organized for the Biller family. Donations can be made at https://thechesedfund.com/cause/biller