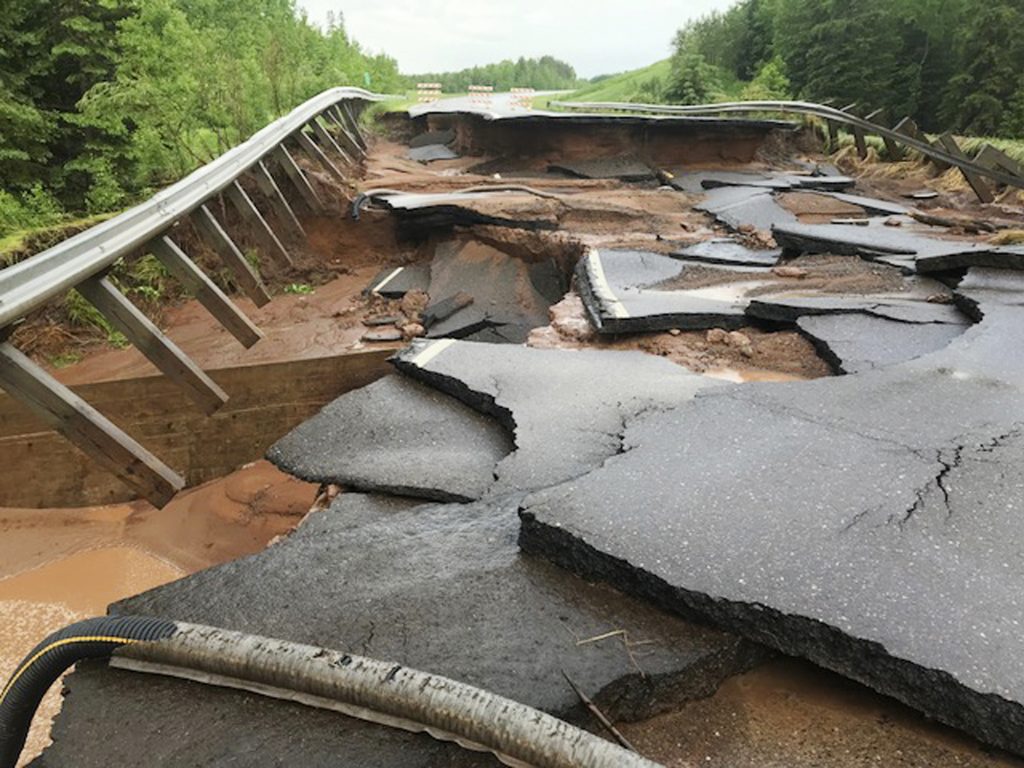 Authorities have attributed another death in Wisconsin to the storms that caused widespread flooding in the Upper Midwest.

The Sawyer County Sheriff’s Office says severe thunderstorms toppled a large oak tree onto a camper on Lake Chetac, killing a man inside and injuring a woman and two young children Sunday.

The man is identified as 55-year-old James Pluff of Redwood Falls, Minnesota. Sheriff’s officials say the woman and children suffered non-life-threatening injuries, and were taken to a hospital in Rice Lake.

The storms and flooding also caused the death of a 75-year-old man whose body was found not far from his pickup truck along a flooded road in Ashland County Sunday.

Relentless rain also caused flash flooding in Minnesota and Michigan, where sections of roads and highways washed away.