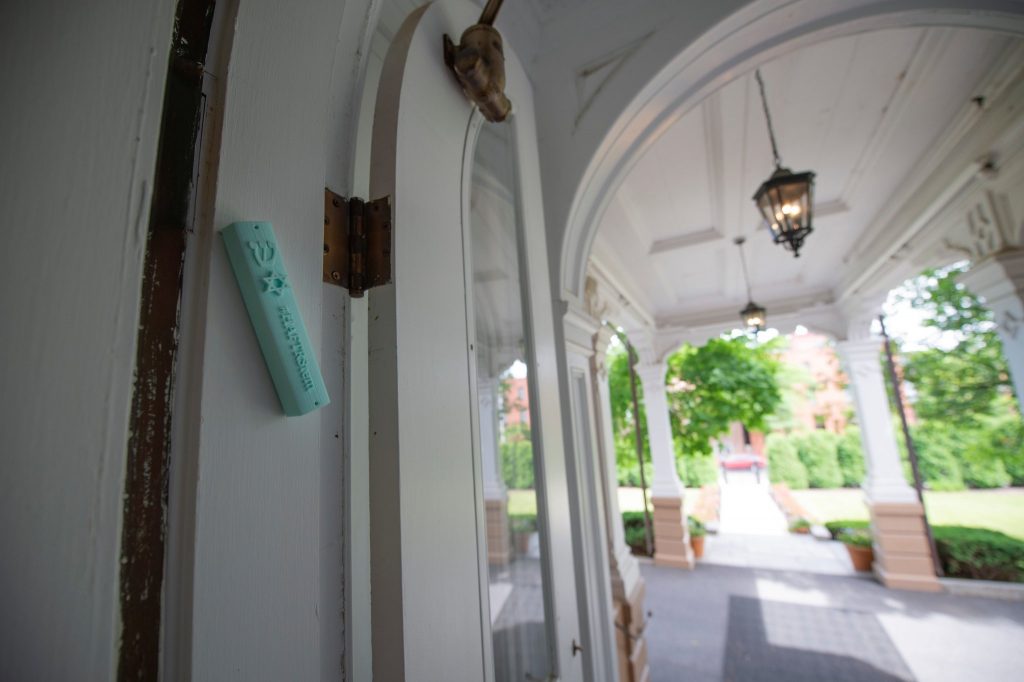 Gov. Andrew Cuomo tweeted a picture on Friday of the light green mezuzah gifted to him by talmidim of a Long Island yeshivah hanging near the main entrance of his official home in Albany.

The mezuzah was given to the governor, a Democrat running for re-election this fall, by students of the Hebrew Academy of the Five Towns and Rockaway (HAFTR) when he was there Wednesday to present one of the first security grant checks.

The mezuzah case, a smaller decorative piece, was originally created by students on a 3D printer and presented to Cuomo. Visibly moved, the governor said he would hang it up in his mansion.

When students heard that, they immediately created a larger mezuzah case and added a kosher klaf. They then sent it via overnight mail to the governor.

HAFTR said in a tweet that they were “so honored” that Cuomo affixed their mezuzah to the doorpost.

The mezuzah was put up by mansion staff. No brachah was made, per the psak of a Rav.

“This is a long-standing Jewish symbol of protection,” Cuomo said in a post. “May this protection extend to all the people of New York.”