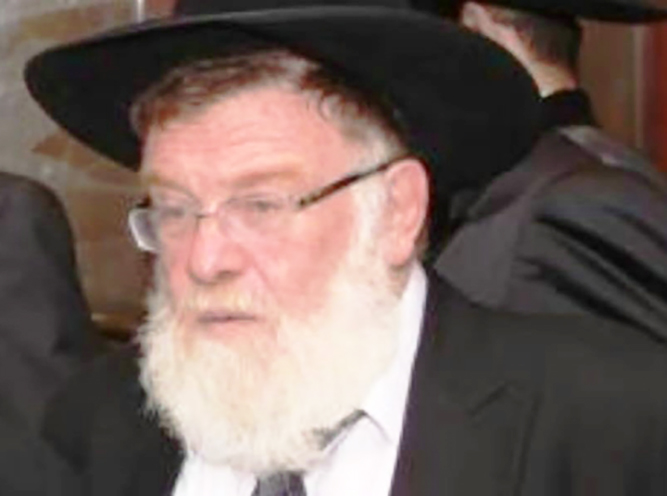 Thousands took part in the levayah in Bnei Brak Wednesday night of Hagaon Harav Shimon Yosef Edelstein, zt”l, son of, yblch”t, Hagaon Harav Gershon Edelstein, shlita, Rosh Yeshivah, Yeshivas Ponevez, who was niftar at the age of 66 after a disease.

Being Rosh Chodesh, hespedim weren’t delivered. His father spoke of the many zechuyos that his son had, and asked mechilah in name of the family. Short divrei preidah were also given, and Tehillim was recited. Many Gedolim and Rabbanim took part in the levayah. Kevurah was in the Ponevez cemetery in Bnei Brak.

Harav Shimon Yosef Edelstein was born in 5712/1952. His parents are Harav Gershon, shlita, and Rebbetzin Rochel, a”h, the daughter of Harav Yehoshua Zelig Diskin, zt”l, Rav of Pardes Chanah. In this home of dedication to, and hasmadah in, Torah, Reb Shimon Yosef was raised.

As a young bachur, he learned in Yeshivas Ketanah Ponevez and later continued in the Yeshivah Gedolah. He was noted for his amkus in Torah, and his refined middos.

When he came of age, Reb Shimon Yosef married, tblch”t, Rivkah nee Beer, daughter of Rabbi Gavriel, z”l, and tblch”t, Mrs. Chaya. After their marriage, they settled in Bnei Brak’s Ramat Elchanah neighborhood. Together they built a home of Torah and chessed.

Reb Shimon Yosef was one of the foremost avreichim in Kollel Ponevez.

He suffered from a heart disease for the last several years. Reb Shimon Yosef was hospitalized several times. This week he was released from hospital, and was suddenly niftar at home on Wednesday, the first day of Rosh Chodesh Tammuz, to the pain of his family and the wider Torah world, talmidim of his illustrious father, shlita.

Reb Shimon Yosef is survived by, lhbch”l, his father, Harav Gershon, his wife, brothers and sisters, and his children and many grandchildren.