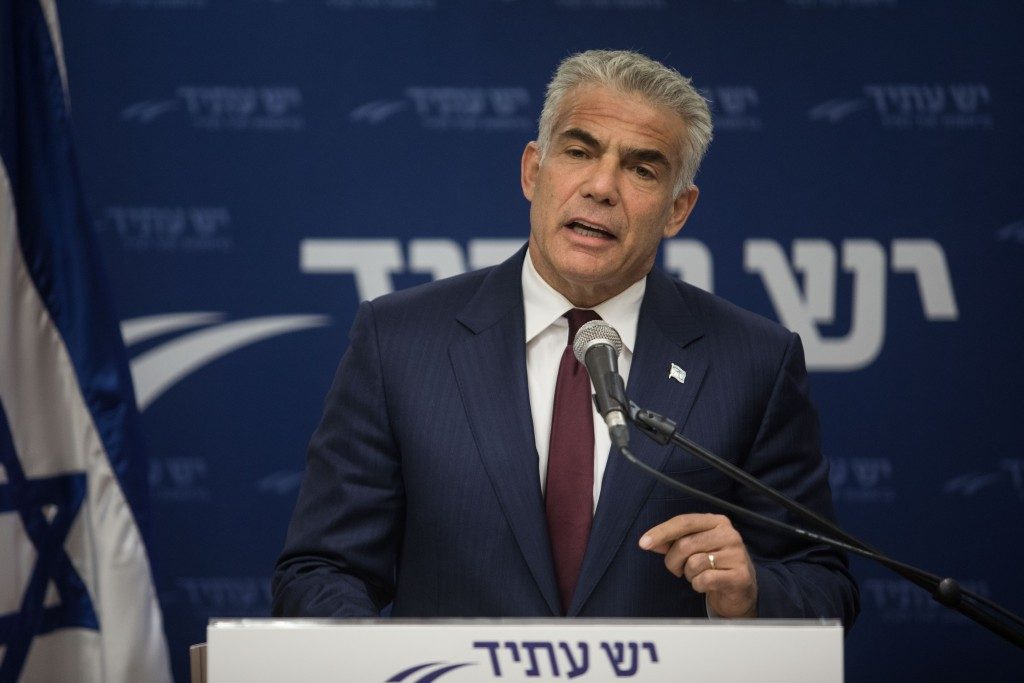 He stood there at the podium in Kiryat Ono on the eve of his entrance to politics, and revealed, perhaps for the first time, the truth to the chareidim: “You’ve won. We lost. You won.” Yair Lapid has managed since then to clash with the chareidi sector and to spit in its face time after time, but it’s hard to forget that speech.

“We thought that you are a rare breed that needs to be protected so that we could bring our grandchildren and show them, ‘You see, children, that is what a Jew looks like.’ But you won. However, victory has a price, and it places a responsibility on you, because you are no longer a tribe, you are the State of Israel just like I am, and you influence the Israeli experience just like I do, if not more.”

According to Lapid, “the first implication of this loss is to realize that a state that is managed without you will fail. It is impossible to build ‘Israeliness’ without you, it is impossible to decide without you about the democratic character of the state, or about economic revolutions without you. It is no wonder that a chareidi from Bnei Brak is the one who launched the cottage cheese revolution.”

But a short time after that, Lapid had already forgotten this speech. He tried to fight against those victors. He ran for elections on a platform of terrible incitement against chareidim. In general, running for elections under the banner of “anti-chareidi” is something he inherited from his notorious father. And it worked: He got into the Knesset, and into the government, and dogged the steps of the chareidim for more than two years.

So who is Lapid? A sworn enemy? A hater of chareidim? Or someone who claims that we have won? The answer is: All of the above. Or, to put it another way: a politician. What a regular person is not allowed to do — change his opinion and his stance in the middle of his life — he is allowed to do, and at an even faster pace.

Yair Lapid came from nowhere to nowhere. He’s neither left nor right. In an article he published in Makor Rishon, he claims heatedly that the center is a political stream that is unrelated to the left or the right. The Israeli public apparently has not heard about that.

That’s also how he tries to explain his liberal views: “Secularism is a stream in Judaism, and it is not a lack of religiosity,” he writes in the Shiloach journal. That idea does not hold water either.

Until now, Lapid has ridden on the swing voters. These are the people who, each election cycle, seek a new agenda to grab hold of. They’ve voted for the Pensioners, the father Lapid, Kachlon, and the Center Party. That is the group Yair Lapid is aiming for. But the trend also has a trend, and Lapid has begun to recede in the polls.

In the last year, in order to stay on good terms with everyone, Lapid has begun to really make a spectacle of himself. In order to stay on everyone’s good side, he has begun to contradict himself just hours apart, and sometimes even in the same conversation. He can be — at the same time — in favor of, against and then in favor of annulling the nuclear agreement with Iran. He has also changed his opinion from one day to the next about whether or not to bring religion into secular schools. These days, he is also talking in this no-yes-no
language about equal sharing of the burden and the draft law for everyone.

The impression is that these are the actions of a person who is not motivated by the good of the state, but rather by his own personal benefit. A few days before elections, he warned that the prime minister should not appoint a finance minister who is not an economist, but as soon as the job was offered to him, he said that there is no need to be an economist to be the finance minister. That’s how it is on every detail of every subject.

Last week, Lapid was summoned to the newsroom. Just before the broadcast went on the air he realized that a poll would be presented showing him sliding deeply, so he decided not to come. The interviewers hurled the truth at him: “How can someone who doesn’t know how to deal with a poll deal with Hamas and Iran?”

The one who has proven that he knows how to blow with the wind on crucial questions will certainly know how to deal with this as well. Or maybe not.