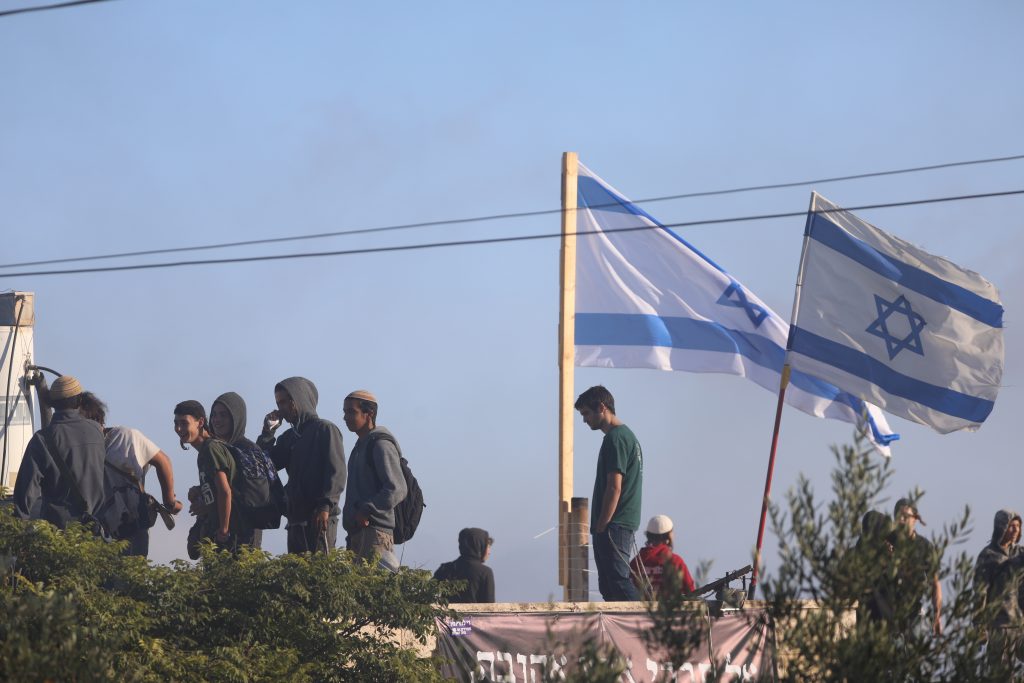 Thousands of people were in Gush Etzion Tuesday morning, as bulldozers of the Civilian Administration were preparing to demolish 15 homes in the Netiv Ha’avot neighborhood. After years of legal struggle, Tuesday was the final deadline designated by the High Court for the demolitions.

Residents of the neighborhood had asked that any protests be peaceful, and officials said that was largely the case Tuesday morning. Several flare-ups between police and protesters were reported, and three protesters, two of them minors, were detained by police. Speaking to masses of protesters who gathered on Monday night in preparation for the demolitions, Rabbi Yaakov Meidan, head of the Har Etzion Hesder Yeshivah, appealed for a non-violent response. “We are here to build, not to protest. None shall dare raise his hand to another. All of us, including the youth, are obligated to honor our soldiers,” he said.

The demolitions come after a three-month injunction requested by the state after the original demolition date set for February was granted by the court. The purpose of the delay was in order to make alternative arrangements for the community’s placement after the demolitions, and to arrange for the construction of a new neighborhood for them.

Netiv Ha’avot is several meters beyond the jurisdiction of the Gush Etzion town of Elazar, and the land on which the neighborhood – which has been standing for a decade – stands is being claimed by two Arabs. According to Israeli law, a mere claim by Arabs of ownership of land is sufficient for the issuance of demolition orders by the High Court – and such issues have been ordered for the site. Previous court rulings had said that the land was actually state land, and that the buildings could remain. In light of those rulings, the High Court in its 2016 decision gave residents a year and a half to find alternative housing.

With that, the court said that it would not approve arrangements to legalize six of the homes at the site. Only small portions of those homes are built on land that is claimed by Arabs, and thus they can be made completely legal by the removal of several small parts of the home. The court said that it expected its order to be carried out fully, with all the buildings demolished.

Agriculture Minister Uri Ariel said Tuesday that there was “no purpose to the demolition and eviction of these people.” The High Court “ruled on this case in a completely unjust way. We will not give up. We will not let anything interfere with our settlement of the entire Land of Israel.”